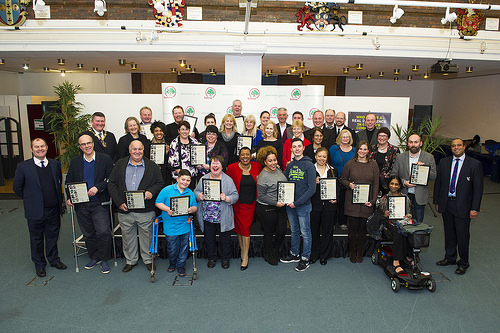 Tom Brake MP along with the LGBT Sutton Forum has this week, celebrated the beginning of LGBT History month. Tom joined a number of figures from the LGBT Community in Sutton to celebrate the hard work done to challenge homophobia, biphobia and transphobia.

The Liberal Democrats, earlier this month, launched the front page of their 2015 Manifesto for this year’s General Election. The launch outlined the Lib Dems five key priorities for the next five years.

Tom Brake on the Save Our St Helier Campaign

Tom Brake talks about the Save Our St Helier campaign.

Shock at Conservative plan to slash education funding in Sutton

Local MP, Paul Burstow, has published research by the House of Commons Library that shows schools, early years, childcare and colleges will bear the brunt of Conservative cuts if they win a majority in the General Election next May.

The figures reveal that Conservative spending plans means that the education budget would be cut by £39.9 million by 2020 if they were in Government on their own. The House of Commons Library figures are based on George Osborne’s plans for further drastic spending cuts.

Over two million apprenticeships have been created in the UK since 2010, including 4,780 in Sutton, which local MP Paul Burstow has hailed as a major success.

90 companies in Sutton have taken advantage of the Government's Apprenticeship Grant, which provides £1,500 to small businesses who take on an apprentice.

Local MP Paul Burstow chaired a report with support from the LGiU think-tank and home care provider Mears Group, which argues that councils’ limited resources combined with the care agencies’ poor employment practices leads to the exploitation of care workers, high staff turnover, and poor quality care. It further highlights the severity of the home care crisis, and the desperate need for an immediate course of action.

Join the campaign to Save Our St Helier hospital

Calling all local residents: Have your say by signing the Save Our St Helier hospital petition today. Add your name to the thousands of local people who want to make sure that their local hospital services remain accessible to local people.