Press Statement on Nick Mattey and the ERF

Cllr Nick Mattey has been suspended from membership of the Sutton Liberal Democrat Group. He has been suspended because of his recent public statement that: “I will not be lending my support to the Council on this matter and instead I am backing the Stop the Incinerator Campaign.” This means that for the time being he cannot describe himself as a Liberal Democrat councillor. The suspension is temporary pending an investigation.

Sutton among best in London for primary school place allocations

Sutton’s Liberal Democrat Council and the borough’s primary schools have once again achieved one of the highest preference rates in London for the allocation of primary school places.

Parents in the borough have now been told which primary schools have made offers of places for the September intake.

Fascinating stories from Sutton’s past as the borough turns 50

London Borough 21 ...  that was the bureaucrats’ rather unimaginative name for our borough. That was before Sutton took on its now-familiar name with the creation of the new London boroughs 50 years ago this month, on 1 April 1965.

Sutton residents have maintained their record for embracing the internet with more than 85% of the borough’s Freedom Passes being renewed online - one of the best rates in London.

However the Liberal Democrat Leader of Sutton Council, Ruth Dombey, said older people who had not renewed their passes could still travel free for a few more weeks.

Sutton’s Liberal Democrat Council - the local authority which pioneered the green agenda in Britain in the 1980s - is introducing a new scheme in the borough to help cut vehicle emissions.

Members of Sutton’s business community are being urged to sign their vehicles up to a free scheme which provides advice and guidance for making improvements and offers recognition for best practice.  Members are awarded an ECO Star rating when they first join - ranging from 1 Star to 5 Stars - based on an assessment of their current operational and environmental performance.

Tributes continue to flow in for the late Cllr Colin Hall, following his death last week.

Colin Hall’s ward colleague, Cllr Jayne McCoy, said:  “Colin dedicated a huge part of his life to his work as a councillor and many people's lives have been touched by what he has done. I have been overwhelmed by the kind words expressed by many ward residents who knew Colin. It was a privilege to work alongside him and learn from him. I will miss him greatly.”

Tributes have come from all sides of the political spectrum to Cllr Colin Hall, Deputy Leader of Sutton Council, who died on Monday (30 March) after a short illness.

Cllr Ruth Dombey, Leader of Sutton Council, described Colin Hall as a “wonderful colleague and a good friend”.  She said he was “highly respected across London for his knowledge and experience” of environmental issues. 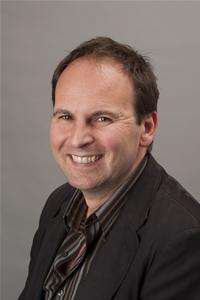 Liberal Democrat-run Sutton Council has bought a former hospital site in Belmont for a new secondary school to meet the borough's expanding rolls.

The council had been looking for a site for a new school to open by 2017 and has been negotiating with the Epsom and St Helier University Hospitals Trust.

Senior Liberal Democrats, Tom Brake, Paul Burstow and Simon Hughes, took time off the campaign trail on Saturday evening to celebrate the launch of the Tamil Friends of the Liberal Democrats at the recently opened Grand Hall in Sutton.