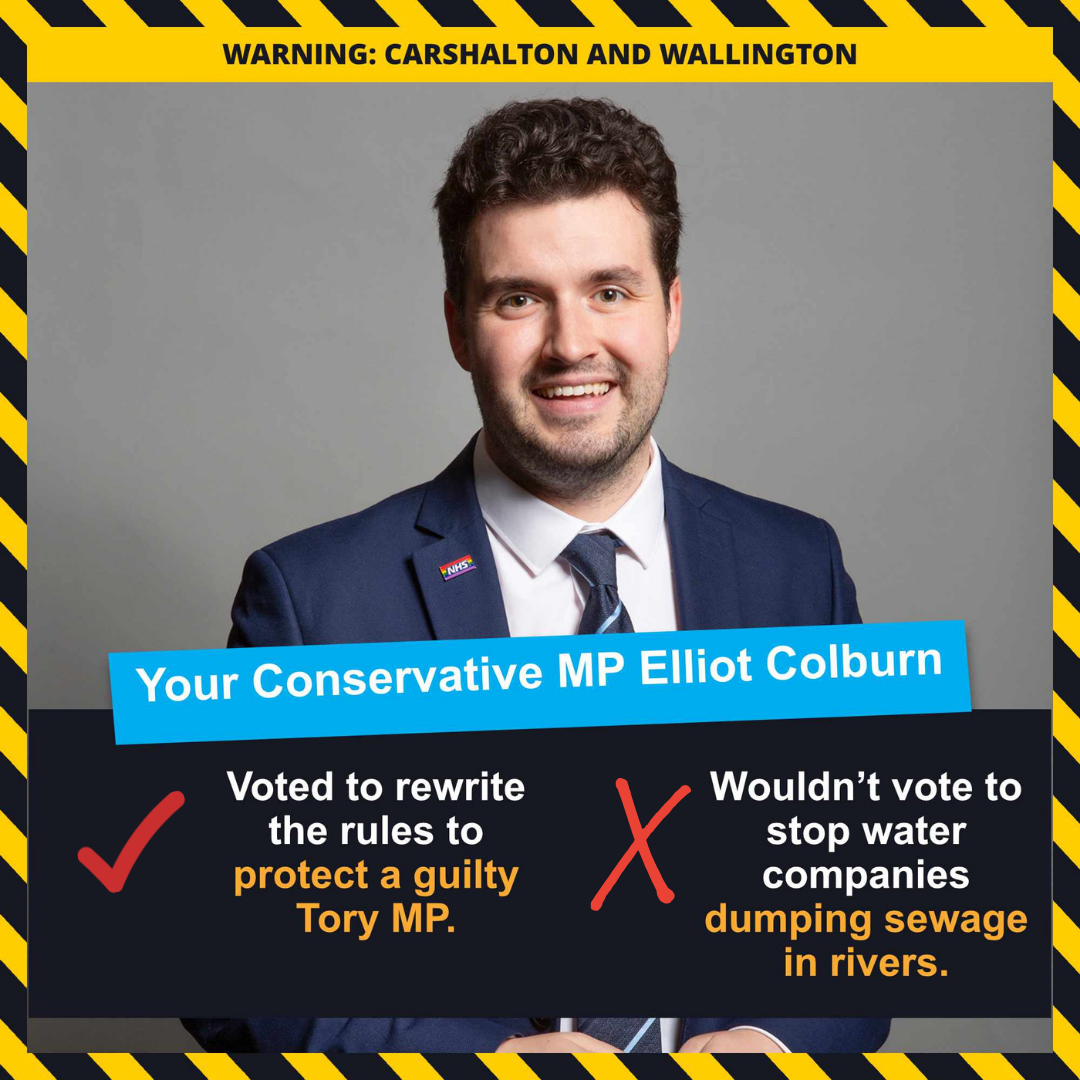 Voting records reveal that Carshalton and Wallington’s Tory MP couldn't be bothered to vote to protect the River Wandle from being dumped with sewage, but was happy to vote to change the rules to allow a fellow Tory off the hook after an independent review found him guilty.

Elliot Colburn was criticised by local campaigners for failing to vote for an amendment that would have banned water companies from polluting rivers with sewage. Reports that the River Wandle has been filled with sewage have already surfaced.

However, he has since voted to water down rules for dealing with MP sleaze and corruption after the independent Standards Committee found a fellow Tory MP had breached the existing rules.

The shameful voting record reveals that Elliot Colburn can't be bothered to turn up to vote for protections for local rivers, but is happy to protect his fellow Conservative from being held accountable for breaking the rules.