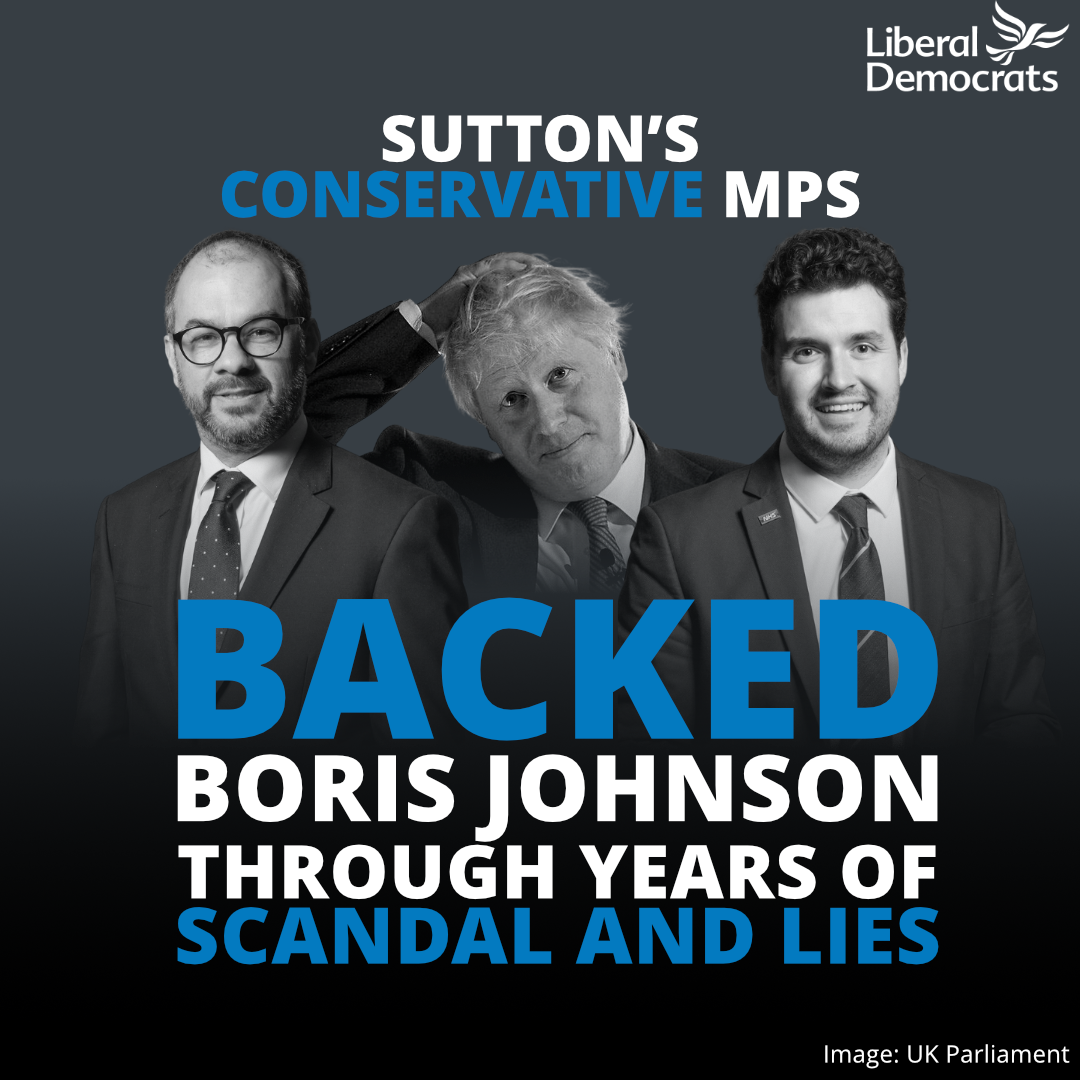 “It has been shameful to see Sutton's Conservative MPs stand loyally by Boris Johnson's through years of scandals and lies. It is clear Elliot Colburn only acted at the very last minute to save his own skin.

“Local people tell me they will never forgive Elliot Colburn and Paul Scully for standing by Boris Johnson for so long.

“We need a local MP who will put local people’s needs over party loyalty to a Conservative party which has proven to be completely out of touch.

“Conservative MPs voted through unfair tax hikes on working families, in favour of water companies being allowed to pump sewage into our rivers and supported the scrapping of triple-lock pensions.

“This country needs change and real leadership to deal with the cost of living crisis and record NHS waiting times. The Conservative party have proven they are not up to the job.”

“It has always been clear that Boris Johnson is unfit to lead our country. The public won't forgive the Conservatives for propping him up for so long.

“Conservative MPs have spent months defending Boris Johnson instead of focusing on the cost-of-living crisis and the crisis in our NHS.

“Across the country, lifelong Conservative voters are fed up with being taken for granted. Johnson or no Johnson, trust in the Conservative party has gone and it will not be coming back.”