The borough representatives, aged nine to 17, joined thousands of other young athletes from all London boroughs in the annual Balfour Beatty London Youth Games, a mini-Olympics-style sports festival at Crystal Palace National Sports Centre on 2 and 3 July.

All the sports teams were managed and trained by volunteer sports coaches from across Sutton’s local sports clubs and schools.

Despite the changeable weather there were many outstanding team and individual performances by the Sutton team. For the second year in a row Sutton’s mixed Badminton team won the Badminton trophy, this year beating Redbridge to win the gold team medals.

Also victorious was the Sutton Girls Squash team who won the Squash Tournament for a record fifth year in a row. The Boys Squash Team also did well, and won a hard-fought bronze team medal for the second year in a row.

Earlier on in the year the Girls Judo team, always a very strong contender, took home the silver team medal, and the mixed Water Polo team won the bronze team medal. The Boys Handball team only just missed out on the medals and finished in an excellent fourth team place.

Other notable successes for Sutton over the weekend were the Aquathlon team – a mixed team of 15 athletes whose individual times in the gruelling race swim and run race resulted in the team finishing in a fantastic fifth place.

As well as all the team medals a clutch of individual medals were won by Sutton athletes across various sports including Aquathlon, Girls Swimming, Boys Swimming, Girls Judo, Boys Judo, Girls ParaGames Swimming, and Sailing.

The London Youth Games have been running for 39 years and Sutton schools have been taking part almost since the beginning.  The Games are now held as a season of events taking place over 9 months including both school and community competitions across 30 different sports. The competitions are part of the national School Games Programme.

School competitions are organised locally by School Games Organisers, with the London finals hosted by LYG.

Open competitions enable the most talented young people in each London borough to compete to become champions of London.  Teams are organised by the sports development team in each local authority. 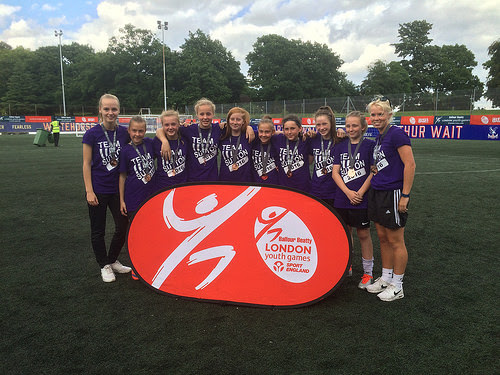