Nearly half a century ago, Lord Graham Tope was arrested, beaten and imprisoned in Prague while visiting the city on the first anniversary of the 1968 Russian invasion of Czechoslovakia.

The former leader of Sutton Council, and now a member of the House of Lords, recently returned to the scene to reflect on the changes that have taken place in the Czech Republic since those dramatic days.

Graham, who was then Vice President of the Sutton Young Liberals, left with a Young Liberal friend for a holiday in Czechoslovakia in August 1969 and arrived three days before the anniversary.

After camping for two days in the countryside the two men travelled to Prague and joined a large orderly crowd which had gathered in the streets around Wenceslas Square. Almost without warning Graham was caught up in a police baton charge. While his friend managed to escape, Graham was seized by Czech police and with no provocation they started beating him across the head, shoulders and back until he fell. 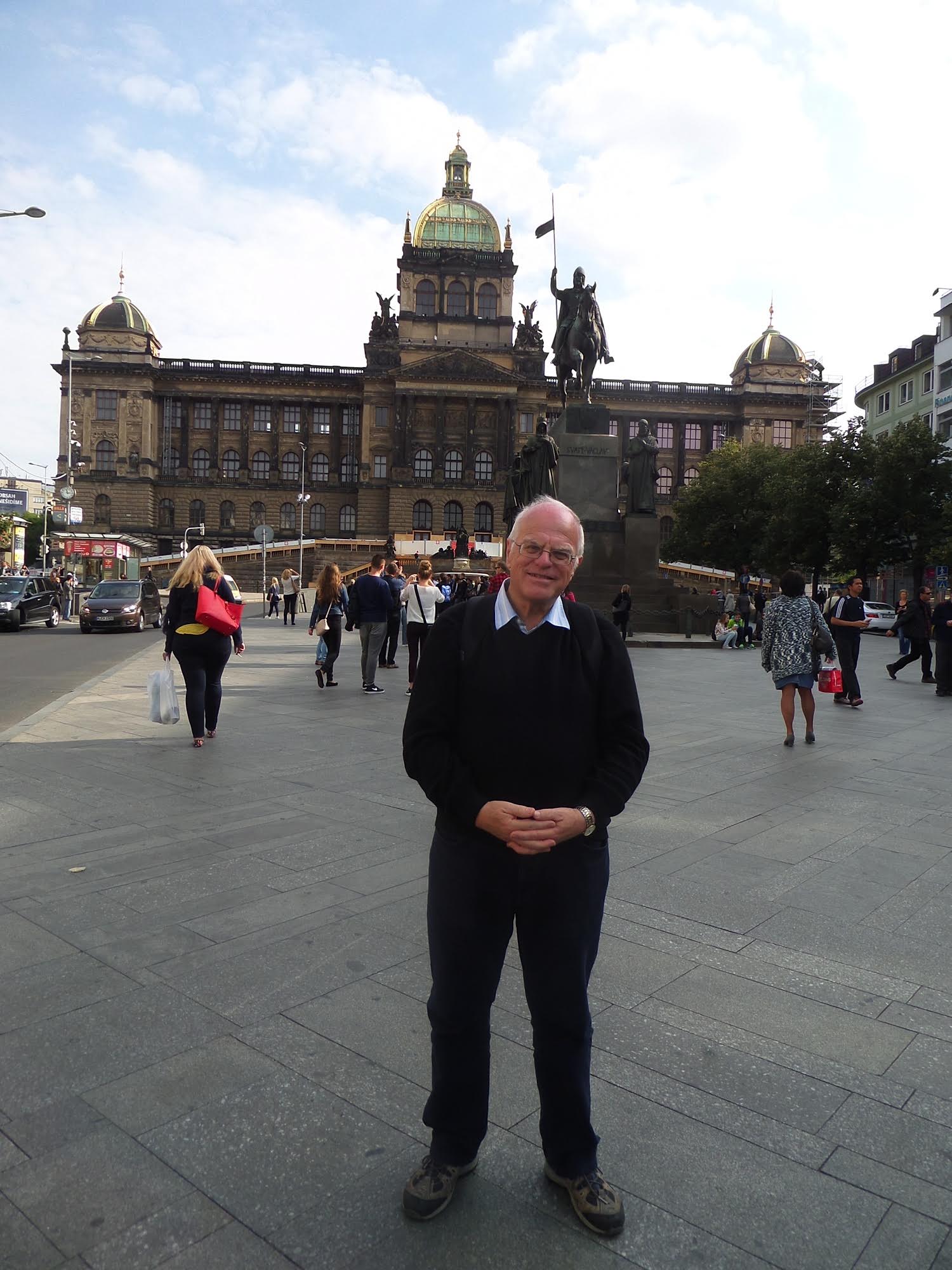 “They punched me in the face and screamed hysterically at me. An officer demanded my passport which I handed over. He marched me into Wenceslas Square, and as I went with him other police were hitting me with truncheons as we passed.”
Graham was then taken to a police station and locked up in a crowded cell. When Czech prisoners discovered he was English they wanted to tell him of the horrors of their lives in Communist Czechoslovakia so he could tell the world about them on his release.

After a further beating Graham was interrogated about allegations that he had ‘cast stones and attacked a policeman’. He was told the sentence for such an offence would be three years. He was also accused of working for the British Government. Graham was then transferred to a prison outside Prague where he shared a cell with an American, Douglas Burke of Massachusetts, before they were finally released after 19 days. Graham was told he was banned from re-entering the country for three years.

On revisiting Wenceslas Square recently with his wife Margaret, Graham said the experience had made him realise how little most people valued the freedom they enjoyed. “What I experienced from the Czech police then was nothing compared with what many Czechs endured for many years.

“During my recent visit I have had the opportunity to speak to Czechs who lived during those dark years. It’s only by listening to their experiences that we can really appreciate the benefits of the peace brought about by the European Union. The way the Czechs - and people from other former Soviet bloc countries - now appreciate their hard-won freedom is quite tangible, and an inspiration to everyone.”

During his recent visit Graham travelled from the Czech Republic into Germany over the same border he had crossed in 1969.
“I had been told to be out of the country by midnight, but they wouldn’t actually let me go because I hadn’t spent enough money during my three weeks in the country.  It was all recorded in our passports and the border guards wouldn’t accept that I couldn’t spend money because I was in prison.”

Graham recalled: “I was sent back to spend more at the border ‘gift shop’ before I was allowed out. Of course, in those days Czechs were not allowed to travel across the border at all. This time our coach didn’t even slow down and the only sign of the border was the switch to German speed limits.

“It was especially poignant for me that our Czech guide - who vividly remembered the Communist era - this time didn’t even notice she had crossed the border. Borders divide people; for me that crossing is the most tangible benefit of the EU – breaking down the barriers between people,” he said.