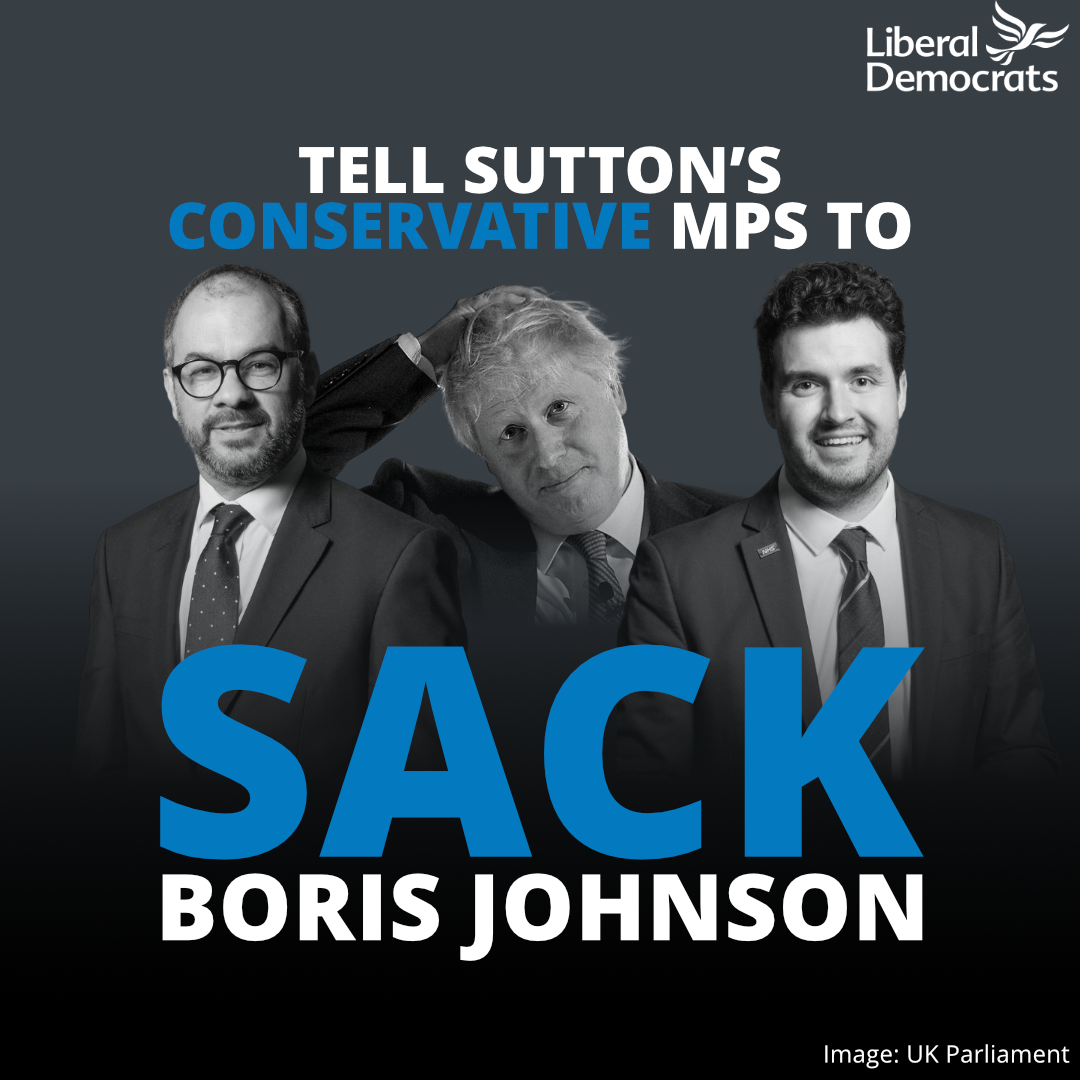 Sutton Lib Dems have today called on Boris Johnson to resign as the damning Sue Gray report is published and the Partygate scandal comes to a head.

The local Liberal Democrats have accused the Conservatives of “failing the country” and added that while thousands in Sutton made sacrifices, Boris Johnson’s Number 10 partied.

Today, the Sue Gray report includes pictures of Boris Johnson and Rishi Sunak together at a birthday party. The report came with a damning line to Boris Johnson’s Government saying, “the senior leadership at the centre, both political and official, must bear responsibility for this culture.”

“While local residents made difficult sacrifices, Johnson’s Number 10 partied. They think it’s one rule for them and another for the rest of us.

“The Sue Gray report is an insult to local people’s sacrifices during the pandemic. We have all seen the pictures. It’s clear they think they can take the British public for mugs.

"Our local Conservative MP has still failed to call on the Prime Minister to resign. Surely now is the moment to put party loyalty to one side and do the right thing?

“At the next election here it will be a clear choice between Boris Johnson’s Conservative candidate and the hard working local Liberal Democrats. It is time we restored decency and integrity to our politics and finally get rid of this out of touch Conservative Government.”

“This report lays bare the shocking failures of leadership by Boris Johnson and shows why he's not fit to be prime minister of our country.

“Johnson has dragged his entire government through the mud to protect his own job.

“He didn’t care while he laughed and broke the rules while the country was in lockdown. And he doesn’t care now when every household in Britain faces eye-watering costs at the petrol pumps, sky-rocketing food prices and massive energy bills.

"Any other Prime Minister would be forced to resign by a report as damaging as this, yet still Conservative MPs defend the Prime Minister and allow him to cling on.”