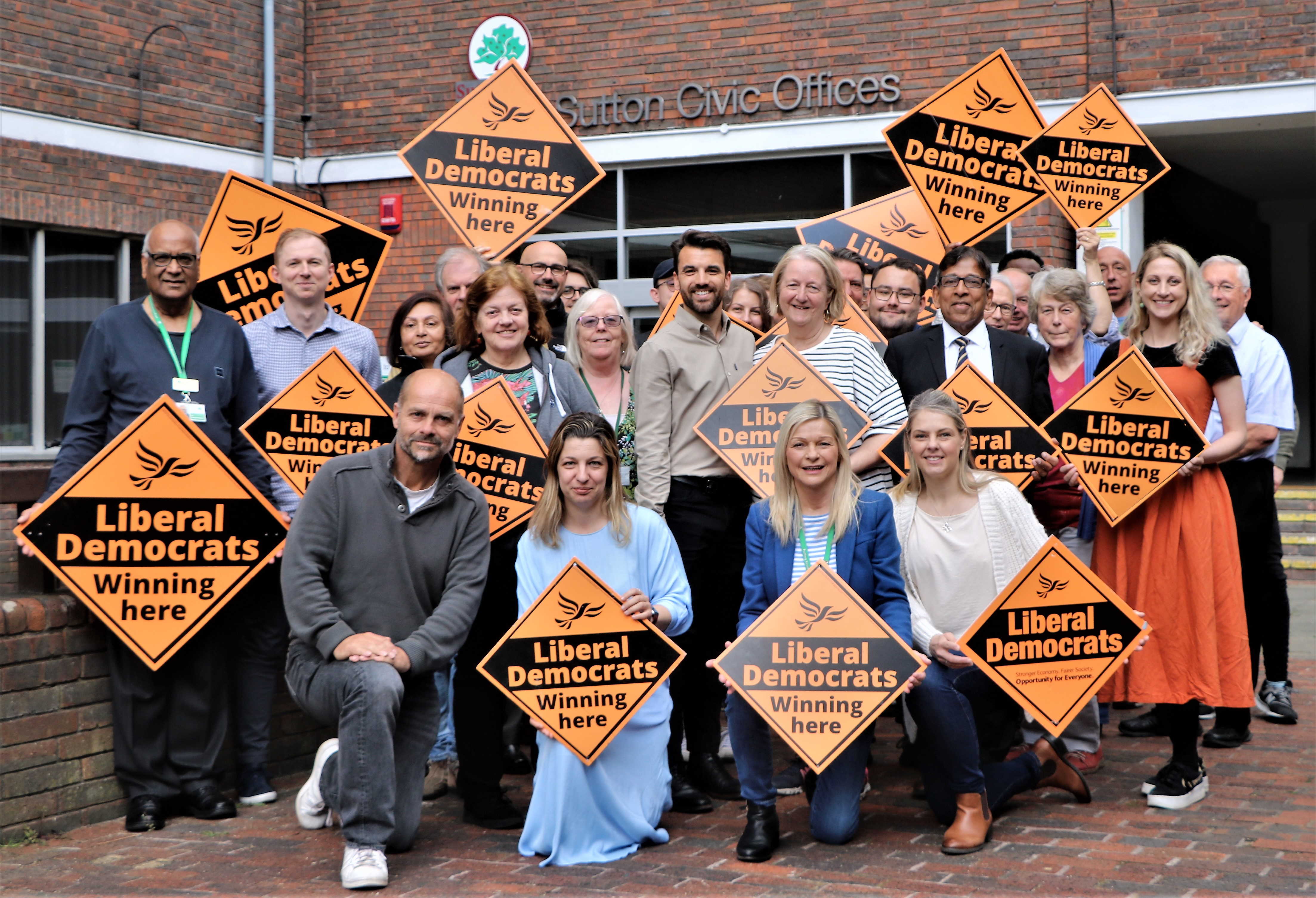 At the first meeting of councillors since the election, Lib Dem Councillor Ruth Dombey was confirmed as the Leader of Sutton Council - leading the Liberal Democrats into a historic tenth term in office.

In what is ordinarily a ceremonial meeting of Full Council, Cllr Dombey was confirmed in post along with the new Deputy Leader, Cllr David Bartolucci and the selection of Chairs and Vice Chairs of various committees (see below).

In her speech, she confirmed the party’s commitment to deliver an ambitious plan for the borough and to continue standing up for Sutton to get a fair deal from the Conservative Government and the Labour Mayor of London.

In an extraordinary turn of events, the new Labour group struck a deal with the Conservative party on a series of amendments designed to dilute the decision making power of the majority Liberal Democrat group.

Sutton Borough council is one of the few councils in the country to adopt a Committee style system, a more collaborative style of government where opposition parties have a seat at the table in all the key decisions. This contrasts with the more common Cabinet style system, where only the ruling party is present.

The opposition parties proposed a series of changes to the rules in their favour, including gifting the Chair of one Local Committee to the Conservative party for a year on a rotational basis - despite the Conservatives only electing two councillors out of ten in that part of the borough.

The amendments were rejected by Full Council.

"The Liberal Democrats have been elected for a historic tenth term and we take our responsibilities seriously.

"We will listen to our residents about the issues that matter to them and work hard to ensure that everyone has the opportunity to thrive in our borough with access to affordable housing, good education and decently paid jobs.

"We will work with our residents to develop a sustainable, green economy and tackle the climate emergency.

"We will listen to our communities and deliver those additional services and activities where they are most needed, particularly for children and older people who have struggled over the last two years with their physical and mental health.

"Sutton is an inclusive borough and we want everyone to have their say and get involved. That's why opposition councillors have a strong voice and seats on all our decision making committees, unlike the majority of other Conservative and Labour run councils where only the majority party councillors sit on the Cabinet."

“Local Committees are a fantastic addition to local government. I think the residents of St Helier and Hackbridge who voted Labour will be surprised to learn that, on day one of the council, their representatives are striking back room deals with the Conservative party.

“The Conservative party only elected two out of ten members in our local committee area, so why should they hold the chair at any point - unless the Labour and Conservative groups are operating as one?

“In any case, I want to assure members of the public that local committees are a space for collaboration and all voices will be fairly represented on the committee.”

The full list of Chairs and Vice chairs can be viewed below:

Cllr David Bartolucci - Deputy Leader of the Council and Chair of the Housing, Economy and Business Committee