Sutton PC Heath Keogh has received one of the highest honours to be given by the RSPCA for his work on a borough-wide initiative to promote responsible dog ownership and to tackle anti-social behaviour by owners. 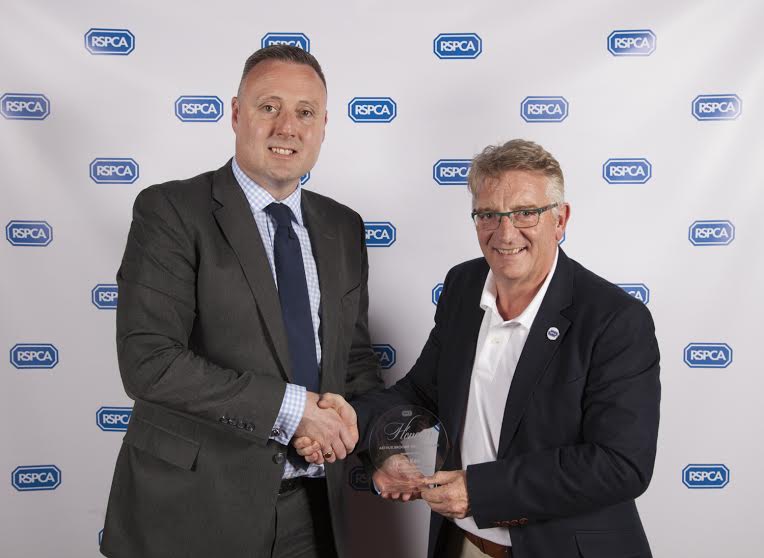 PC Keogh was presented with the charity’s Founders Award at a ceremony in London recently for his work with what’s become known as the LEAD initiative - Sutton’s Local Environmental Awareness on Dogs (LEAD).  It was  was launched after a woman was attacked and killed by a dog in Sutton Borough in 2010 and has now become a blueprint for other police forces and local councils around the country.

As part of PC Keogh’s twin-edged approach, LEAD works in local communities by providing roadshows and talks in partnership with registered social landlords and dog charities to give advice and support to dog owners about welfare, dog chipping and dog behaviour.

LEAD also collects all negative, dog-related reports including dog attacks on people and other animals, dog welfare and dog fouling. This provides vital information for police in working with other organisations – providing a documented history that’s sufficiently robust to be presented as evidence in Court.

The RSPCA award made to PC Keogh recognises people and organisations who have helped to end cruelty, protect animals from abuse and further knowledge of animal welfare.

RSPCA chief executive, Jeremy Cooper, said: “Owning a dog is a privilege and a responsibility, but sadly we and the police are often left to pick up the pieces when owners don’t take that role seriously.

“We applaud PC Keogh’s efforts to tackle problems which can occur when people do not give their dogs the care, attention and love they need.”

PC Keogh, a keen dog owner and dog enthusiast, said: “I’m thrilled and delighted to have received this award which I accept on behalf of all the dedicated and committed police officers across London who work hard to keep the public safe every day.

“Most of the time dogs are not the problem - we have to look at the other end of the lead to find the problems. We see our job as pointing owners in the right direction to tackle issues they have.

“People are setting up their dogs to fail by not looking after them properly. I love dogs and don’t want to see problems escalate into serious incidents where other animals and members of the public are at risk.”

Sutton's Detective Superintendent, Fran Smith, said: “PC Keogh has overseen the development of LEAD from its inception to roll out to other parts of the country.

“By working closely with dog owners and partner organisations he has made a huge contribution to making local communities safer and thoroughly deserves this award.”

LEAD has been included in a Government handbook for police forces and partner agencies as an example of best practice. It has been introduced by police across North Wales and in parts of Hertfordshire, Surrey and Merseyside and is set to be rolled out across the whole of the capital later this year having already been adopted by many boroughs in London.

The RSPCA Honours ceremony was held on Saturday, 18 June at The Law Society in London which was especially appropriate as 2016 marks the 10th anniversary of the Animal Welfare Act.  Since its introduction, the RSPCA has helped more than 150,000 cats and dogs.

It’s PC Keogh’s second award for the LEAD initiative this month – the first being from the Kennel Club’s National Good Citizen Dog Training Scheme Awards in London on Friday, 3 June.