Liberal Democrat councillors have stepped in to continue the tradition of poppy planting at Wallington Town Hall after the local Royal British Legion advised they were unable to do it. The ceremony will take place in front of the Wallington Old Town Hall on the Saturday before Remembrance Sunday. 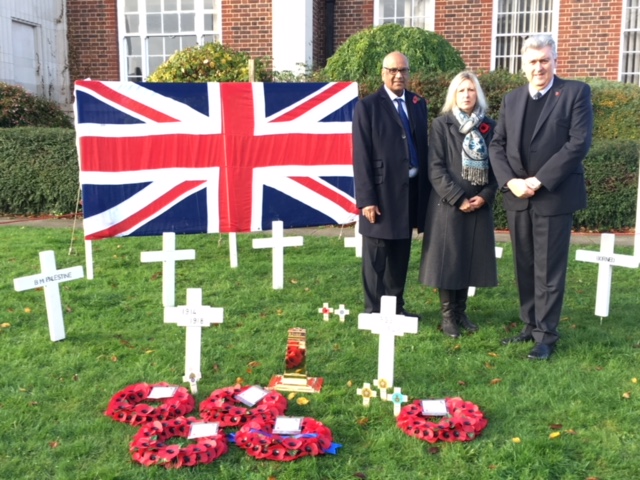 “Local councillors, the Mayor, Deputy Mayor and MPs have attended this ceremony for many years, and it is always very touching. My colleagues Cllr Steve Cook and Cllr Muhammed Sadiq and I have therefore offered our assistance to ensure that the service can still go ahead, and we are working with local Royal British Legion members who for years have made all the arrangements.  Wallington Councillors are liaising with the attendees and will be doing the physical setting up to make sure the event goes ahead.

“Residents have greatly appreciated the efforts made by the Royal British Legion over the years in continuing the tradition of poppy planting and it is sad that poor health is preventing them from playing an active role. We are pleased however to be able to offer our assistance and support going forward, so that the community can continue to pay its respects in Wallington.