Liberal Democrat-led Sutton Council has become one of the first local authorities in the country to put together an innovative toolkit aimed at promoting community-led town regeneration.

The Local Centres Regeneration Toolkit provides residents with practical advice on how to set up a group, properly plan, manage, publicise and gain funds for projects, contact the right team in the council and get appropriate licensing in place.

The Heart of Hackbridge scheme has undergone its third safety audit and, as promised, the council has agreed to make changes to the TfL-sponsored scheme.  The changes will be based on the audit’s recommendations as well as the opinions of local residents who use the roads and footpaths every day.

Planning permission has been granted for sensitive repairs and redevelopment of one of Sutton’s most historic buildings to make it more accessible to visitors.

Sutton Council’s Development Control Committee has approved modifications to the Grade II* listed Whitehall Museum in Cheam, which dates back to the 16th century.

One of Liberal Democrat-led Sutton Council’s longest - and most eye-catching - traditions, Sutton in Bloom, has been launched again this year to find the borough’s best gardens and gardeners. 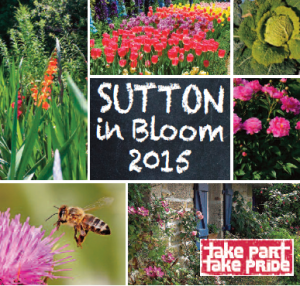 Senior Liberal Democrats in Sutton have paid warm tributes to the former party Leader, Charles Kennedy, whose death was announced at his home in Scotland earlier today (2 June).

Tom Brake has been sworn in for the fifth time as the member of Parliament for Carshalton and Wallington.

Following what was a disappointing national result for the Lib Dems, Tom Brake has wasted no time in spearheading a fight-back to make sure that Britain has a stronger Liberal voice in Parliament.

Responsible dog ownership event to be held in Sutton

Free dog chipping, agility tests and advice about dog welfare will be available at a dog initiative at St Helier open space opposite St Helier Hospital, on Tuesday, 25 August between 11:00-16:00hrs. The chipping and dog agility tests are being provided by the Dogs Trust.

Liberal Democrat-led Sutton Council has given a clear warning that residents may be prosecuted for fly-tipping should they give their household waste to someone who does not dispose of it properly.

This follows the disposal of tons of waste on a site in Hackbridge which had been occupied by travellers.