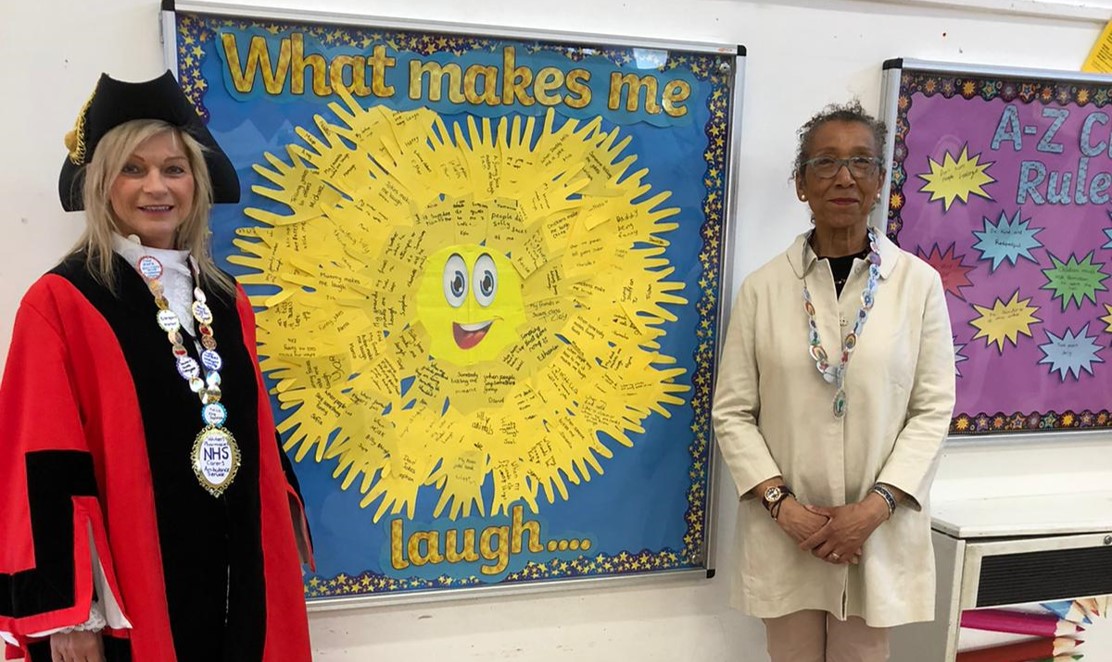 Councillor Trish Fivey was appointed as the new Mayor of Sutton at the Annual Council meeting last night.

Draped in unique Mayoral Chains, made by the children of Devonshire Primary School in Sutton, instead of the traditional neckwear. Councillor Fivey took over from outgoing Mayor Cllr Muhammad Sadiq, a spectacle which took place for the first time virtually on 19th May.

Trish was first elected as councillor for Sutton South ward in 2014 and has lived in Sutton Borough for almost 40 years. Mayor Fivey chose Sutton Mental Health and Home Start as her two charities for this year.

“It is an honour and a privilege to serve this borough where I have lived, worked and raised my family for almost 40 years. I am committed to serving the people of Sutton with energy, pride and integrity.

“I have selected Sutton Mental Health and Home Start - two organisations carrying out vitally important work locally - as my Mayoral charities. In these extraordinary and challenging times we are living in, their work will become ever more important.”

Cllr Annie Moral will stay on in her role as deputy mayor for the next year.