Sutton residents are being asked to identify any of their ancestors in an amazing collection of Edwardian and pre-war photographic glass-plate negatives. 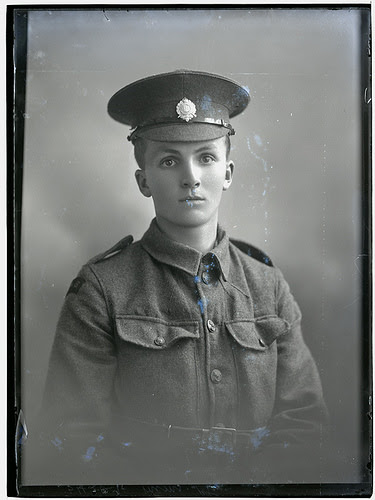 Private Harold Dickman Mims of the 4th Battalion, Dorset Regiment lived at Bosworth, Egmont Road, Sutton and was killed in action on 27 September 1918, at the age of 22. Harold is buried in Sains-Les-Marquion British Cemetery and is commemorated on the Sutton War Memorial.

Run by Sutton Council’s Archives Service, the Sutton Archives project involves an astonishing collection of more than 10,000 glass-plate negatives by local photographer David Knights-Whittome, who owned shops in Sutton and Epsom for about 14 years until 1918.  The images, now stored at Sutton Library, were rescued from the basement of a high-street shop, having been untouched for 100 years.

The collection, which can be seen here and here, contains many hundreds – even thousands – of WW1 soldiers in uniform, a lost generation of men and boys who either lived in the area or were stationed locally before their postings. Work to date has already uncovered images of a number of men whose names are listed on local war memorials.

The Sutton Archives project has had some really positive reactions to its research. On seeing the image of Private George Leonard Ingram of the 25th Battalion (Tyneside Irish), Northumberland Fusiliers, his family contacted the Archives project and said: “Thank you for posting this. George is my maternal grandfather. My mother, Nora (known as May) sadly died three years ago, aged 96. She would have been so pleased to have seen your blog.”

“We hope Sutton residents will visit the archives project online and see if they recognise a great, great, great grandfather or grandmother, uncles and aunts, and relatives who lost their lives in the Great War.”

In March 2014 Sutton Archives was awarded £95,900 by the Heritage Lottery Fund to enable the cleaning, digitisation, research and cataloguing of the vast collection of glass-plate negatives.

Work began last December and around 3,500 plates have now been cleaned, rehoused, digitised and catalogued. More than 200 of the individuals depicted have been researched. The work is largely done by a team of dedicated volunteers who have put more than 1,200 hours of their own time into rescuing and rediscovering this material.

As well as documenting thousands of local residents, the glass-plate photographs depict local and regional schools, colleges and theatre groups, social events such as weddings and house parties, grand country houses and other institutions from across the UK and the Continent.

David Knights-Whittome also held a Royal Warrant and photographed the Royal family, including Edward VII, George V and Edward VIII, in formal portraits and at house parties. He also photographed royalty in Portugal and Copenhagen.

Anyone interested in volunteering for the project should contact Project Officer Abby Matthews at  [email protected] or phone 020 8770 4746. 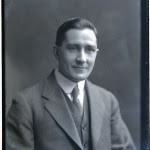 Dr. W. S. Danks lived in York Lodge, York Road, Sutton. He enlisted at the beginning of the war and was taken as a German prisoner of war while attending wounded soldiers on the battleground and survived the war after drawing lots among fellow prisoners for release. 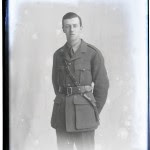 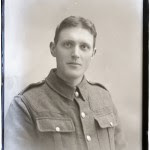 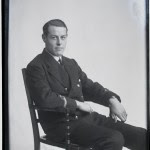 Lieutenant Kenneth R. D. Fawcett of the Royal Navy lived at Camden House, Benhill Wood Road, Sutton. He was mentioned in despatches “for valuable service during operations in Petrograd Bay” in 1919 aboard HMS Voyager. 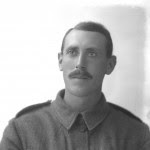 Private George Leonard Ingram of 25th Battalion (Tyneside Irish), Northumberland Fusiliers (formerly of the Royal West Kent Regiment) lived at 4 Bell Cottages, Ewell Road, Cheam. He was killed at the Battle of Arras in 1917 and is commemorated on the Cheam War Memorial. 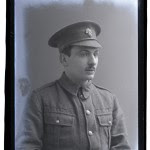 G. Merheim lived in Carshalton Park Road, Carshalton. He served with the Royal Fusiliers and later the Royal Engineers. 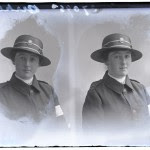 Nurse Rose Letitia Berkley lived at “Harcourt”, Christchurch Park, Sutton and was a VAD Nurse for the Red Cross. 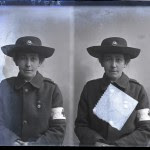 Nurse Corisande Hart lived on Mulgrave Road, Sutton, and was a VAD Nurse for the Red Cross.