Tom has been a long-term advocate of full accessibility for all transport users at the station. Most recently he mobilised community support through an email campaign encouraging people to back the improvements.  The campaign raised 330 signatures from local residents. Councillors Jill Whitehead and Nali Patel and Tom are working closely with senior official David Hignett of Network Rail to achieve this goal and hope that last week’s meeting will lead to further progress in the campaign for better access. 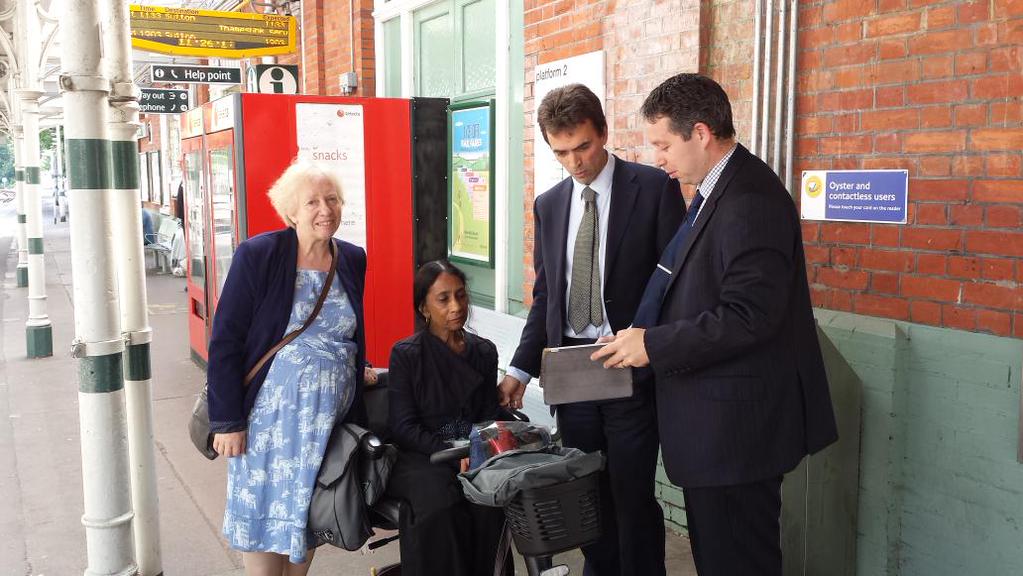 In response to constituents’ concerns Tom also raised the issue of pigeon-proofing for the railway bridge on North Street and West Street.

Tom commented:  “Only 404 of 1,967 stations in the UK are fully accessible. That’s not acceptable.  Our residents deserve to be able to commute without hassle.  I’m happy that Network Rail is developing plans to make Carshalton Station fully accessible, and want it to become the 405th fully accessible station.”

Jill Whitehead said: “While we still have a lot of work to do, I’m pleased that Network Rail is paying attention to the problems at Carshalton Station. Full accessibility will make it easier for local residents with disabilities to commute to work and get around.  I’m glad Network Rail has woken up to the vital fact that everyone deserves access to our railways.”

Nali Patel said: “As someone with disabilities, I am encouraged that our community is coming together to address this essential need at Carshalton Station.”