The Liberal Democrats, earlier this month, launched the front page of their 2015 Manifesto for this year’s General Election. The launch outlined the Lib Dems five key priorities for the next five years.

These five priorities set out the Liberal Democrats agenda for government - building a stronger economy and a fairer society, creating opportunity for everyone.

The Liberal Democrats are convinced that these manifesto commitments will ensure that the next government will borrow less than Labour, while also avoiding the brutal cuts to public services that have been promised by the Conservatives.

Tom Brake and Paul Burstow commented:  “We’re extremely pleased with our party’s manifesto and its clear statement about what the party stands for.

“It is particularly encouraging to see the Party’s commitment on education, as safeguarding the budget in this area is fundamental to creating a society where everyone has the chance to move on in life.”

The launch was followed by a speech from Nick Clegg in the Conservative-held, Lib Dem target seat, Oxford West and Abingdon. 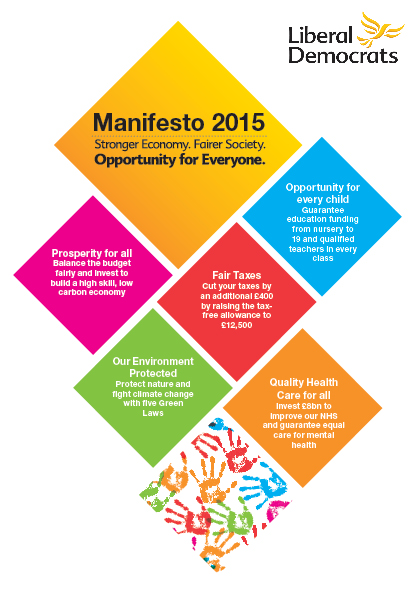