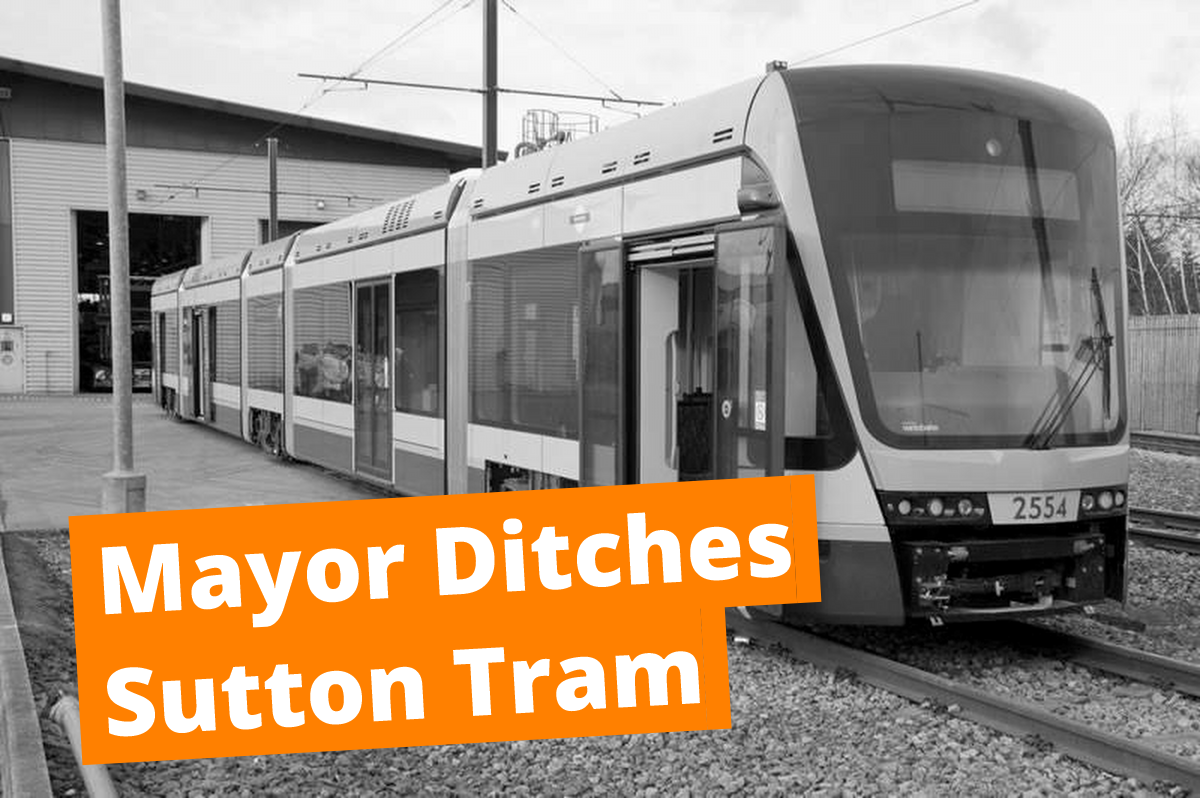 Labour Mayor Sadiq Khan has shelved plans for the long-awaited Sutton tram-link, disappointing residents and councillors who have campaigned for the extension over many years.

The Sutton Link would have created a high-capacity route between Sutton town centre and Merton, connecting with major transport services into central London and across south London, including National Rail, London Underground and existing tram and bus services.

The announcement follows the Mayor’s funding deal with the Conservative Government, necessitated by the financial crisis that has engulfed Transport for London since the advent of the COVID pandemic.

“Successive Tory and Labour mayors have made promises but failed to deliver the tram extension in Sutton. The tram would have unlocked access to jobs, housing and attracted new business and investment into the borough. Sutton has received less investment than any other borough in London despite having the worst public transport links. Lib-Dem run Sutton council is developing ambitious major projects like the London Cancer Hub that is set to generate billions for the UK economy which the tram would have accelerated. Both the Tories and Labour should hang their heads in shame at this chronic underinvestment.”

“The Labour Mayor of London has once again ignored our borough, and this ditching of the Sutton tram extension is a kick in the teeth for our residents. Liberal Democrats believe that the Government needs to step in. It’s time that the PM honours the commitment he made when London Mayor and funds the Sutton tram extension directly so that we can deliver on the promises made to our residents over many years on the tram, as well as contributing to London’s economic recovery and accelerating the fight to beat cancer.

With the loss of income from fares following the steep decline in use of public transport, the Liberal Democrats believe that London needs direct funding from the government as well as the ability to retain more of the taxes that our city generates, in order to invest in transport infrastructure across the city.