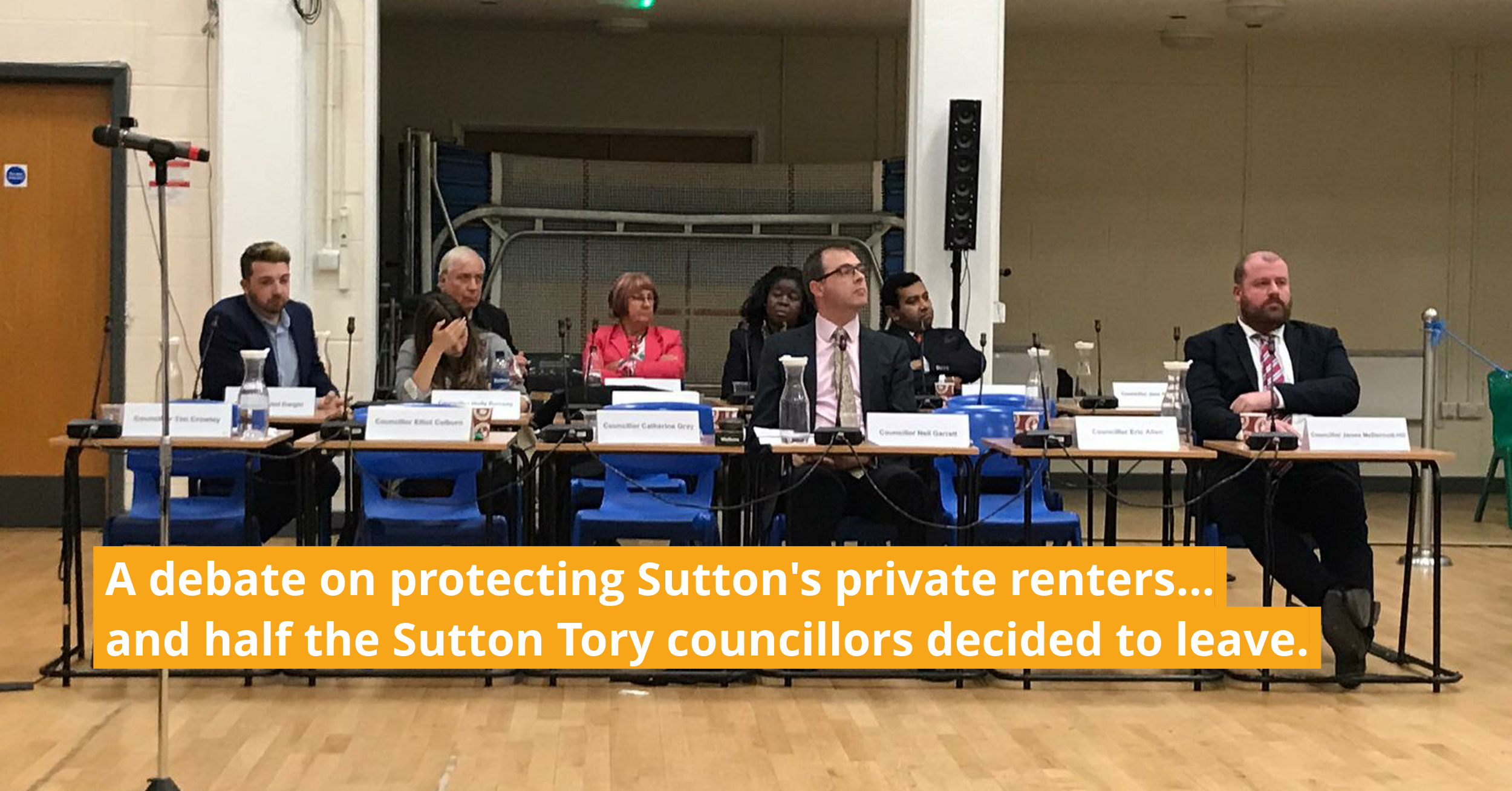 Section 21 ‘No fault’ evictions are notoriously difficult to challenge in court and many tenants have been evicted for complaining about landlords failing to carry out basic repairs. It is a key driver of homelessness across the UK and in Sutton.

The Liberal Democrat motion at a Sutton Council meeting backed the government move and called for it to happen “as quickly as possible”.

Astonishingly, despite being a policy proposed by Tory ministers, Sutton’s Tory councillors refused to support it.

Lib Dem councillor Mo Saqib (Beddington South ward) said that as a private renter in Wallington, he was “proposing this motion of behalf of the 37,000 people in Sutton who rent privately- one in six people in our borough”.

However, those Sutton Tory councillors who are private landlords failed to attend the meeting at all, and then half the Tory group decided to leave the room while the debate was ongoing.

Summing up the debate, Cllr Mo Saqib reminded all attendees that:

“Responsible landlords have nothing to fear from Section 21 being reformed. This change in policy will better protect tenants from unscrupulous landlords who evict tenants for no good reason.

“One in six people in Sutton are renting privately and deserve the peace of mind that comes with having a secure home. The Lib Dem motion welcomed the Tory Government’s plans, but Sutton’s Tory councillors did not welcome it, and this does not bode well for the success of these proposals.

“Private renters in our borough have been let down by Sutton’s Tory councillors, who once again showed themselves to be completely out of touch with the issues ordinary people face. Thankfully the motion passed as every Liberal Democrat councillor voted in favour of it.”