Sutton’s Liberal Democrat Council has urged Central Government to back a visionary scheme in the borough to help establish a world-class medical complex which will provide benefits for Sutton, London and the whole country.

Lib Dem Leader of Sutton Council, Ruth Dombey, has told the Secretary of State for Business, Energy and Industrial Strategy, Greg Clark, that the London Cancer Hub, as it’s called, is planned to become the world’s leading life-science district specialising in cancer research, diagnosis, treatment, education and biotech innovation. She said its development would have vitally-important and widespread benefits, especially in a post-Brexit Britain.

Cllr Dombey appealed to the Secretary of State to consider carefully including the project in the UK Research Partnership Investment Fund (UKRPIF) programme saying it would act as a powerful catalyst for the Institute of Cancer Research’s (ICR) work and for the wider campus. It would be a strong economic driver, fuelling regeneration, integrating the borough into a high-tech, high-value supply chain, and having employment, economic and lifestyle benefits for every resident. 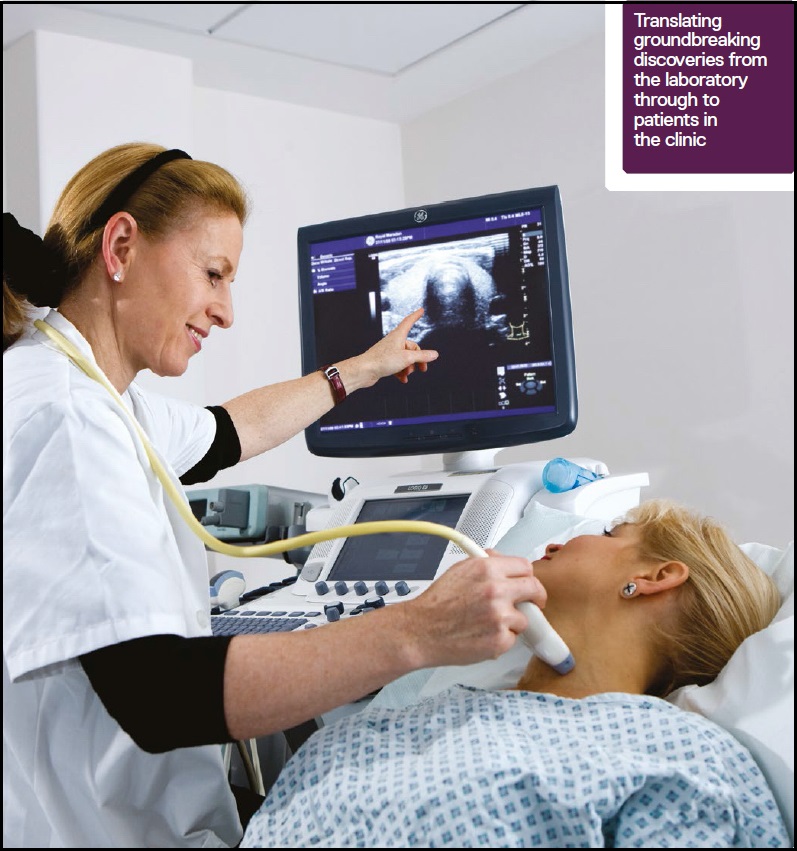 Ruth Dombey said: “Over the past 18 months Sutton Council has been working closely with the Institute ICR, with The Royal Marsden NHS Trust and the Greater London Authority to develop the Cancer Hub. We have jointly produced a Development Framework, which has been formally approved by all partners.

“The Development Framework sets out the vision to bring together academic research, clinical excellence with private enterprise on a 26-hectare site in South London, creating a highly-skilled workforce of 10,000 researchers, clinical staff and support staff. In addition to the Development Framework, the partnership has recently been awarded important funding from the One Public Estate Programme for feasibility work to deliver the vision.”  This programme is an initiative delivered in partnership by the Local Government Association and the Cabinet Office Government Property Unit.

The Lib Dem Leader continued: “Our work is directly delivering the Government’s agenda in the Life Science Strategy, NHS Forward Plan and Higher Education investment programme. Furthermore, by investing for the long term we are helping to ensure the sustainable future of two great institutions, the ICR and The Royal Marsden, by creating space to grow and infrastructure to facilitate state-of-the-art facilities. This is vital to helping them recruit and retain the best researchers and clinicians in a global competitive environment.

“The Sutton Cancer Hub will form one of three outstanding life-sciences clusters within London, alongside Imperial West and the Euston Road cluster including the Crick Institute. It will also be a significant component of the London, Cambridge, Oxford life-science cluster. It will play a central role in confirming London’s position as one of the world’s leading centres for life-sciences research emphasising just why the previous Mayor and current Mayor are both staunch supporters.”

The first new building to form part of the Cancer Hub, the Centre for Cancer Drug Discovery, was granted planning permission in March this year.  It will draw together more than 160 of the world’s best scientists, around the ICR’s world renowned Cancer Therapeutics Unit (CTU).

Cllr Dombey told the Secretary of State: “The Centre of Cancer Drug Discovery needs UK Research Partnership Investment Fund gap funding to bring it to fruition. It is currently under consideration in the 2017 programme.“

Since 2005, the CTU has discovered 17 pre-clinical drug candidates, seven of which have entered into clinical trials. In 2014/15, the CTU was responsible for a direct contribution of £37 million in Gross Value Added. The new Centre for Cancer Drug Discovery building is expected to:

These benefits are from just one 7,000 square metre building on the Sutton Cancer Hub.  When the full plans are realised 100,000 square metres of floor space will be devoted to biomedical research.