Residents living at Crownbourne Court in central Sutton are celebrating the news that the Sutton Housing Partnership (SHP) has agreed to install new windows before next winter.  However, the celebrations were tinged with sadness after the recent death of resident Grace Henderson, who had contacted local MP, Paul Burstow, about the state of the windows. 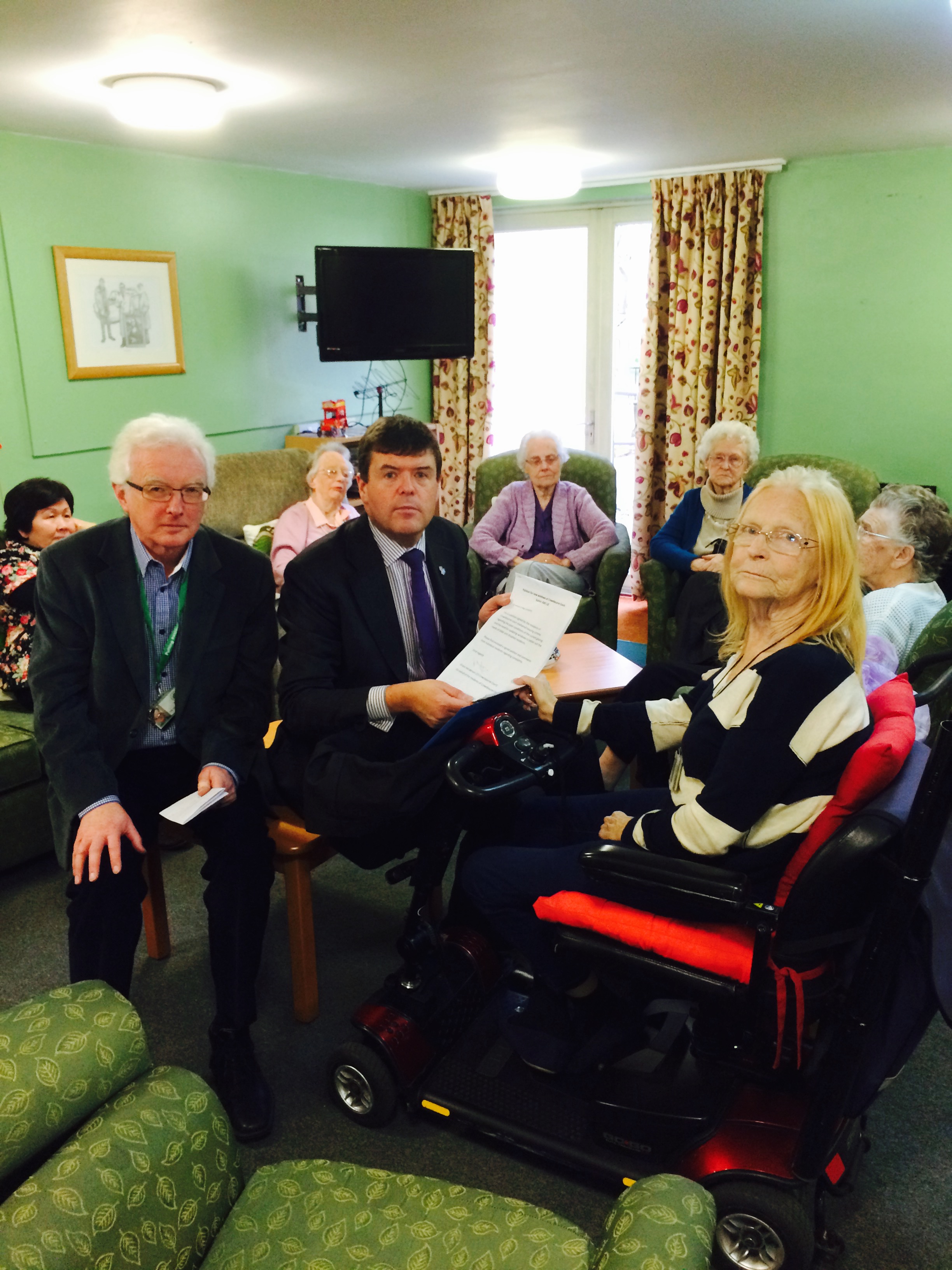 The good news was given to residents by local MP Paul Burstow and Cllr Vincent Galligan who had visited the sheltered housing scheme in December.  Grace Henderson had shown Paul Burstow how difficult the windows were to open and shut and the problems of condensation and mould.  Working with Cllr Galligan Mr Burstow lobbied SHP to put the window replacement into its 2015 programme.  Following a meeting earlier this month the windows have been earmarked for replacement.

Commenting Paul Burstow MP said: "SHP have promised to replace the windows by the end of September.  I am grateful to Grace for her championing of this important issue and like her neighbours at Crownbourne Court very sad that she is not here to celebrate her success.

Cllr Vincent Galligan added, "The residents were delighted to hear the news that their windows will be replaced.  It will make a real difference to their quality of life."