Memories of living in Sutton are shared in a video just released by Sutton Council to celebrate the 50th anniversary of the borough’s creation in 1965.

“I do love living in Sutton.  I wouldn’t want to be anywhere else”, says Jean Betts who moved to Carshalton in 1937.

John Turrell, who grew up in Brookfield Avenue, Sutton, and later moved to Beddington, speaks of a carefree childhood. “In those days, I was free range,” he said colourfully.

Ingrid Fontenelle, who moved to Carshalton in 1977, remembers being amazed by the area’s beauty.  “I fell in love with the gardens and the flowers and the lawns,” she says.

Claire Shearer, a Carshalton Beeches resident since 1952, says she immediately adored the area.” The people were so lovely. It still is very true – you would smile at somebody and they would smile back.”

Watch the full video, which was created by the council to preserve memories of the borough for generations to come, at Sutton Council’s YouTube page. 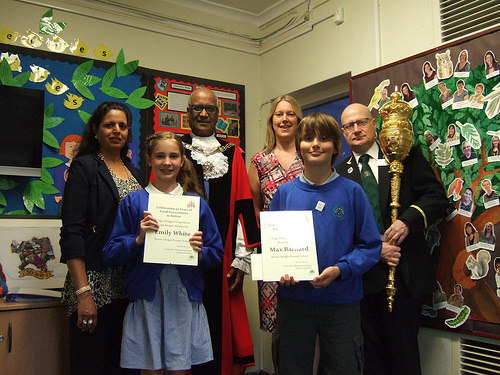 Pupils at Barrow Hedges Primary School in Carshalton were treated to an assembly where the mayor presented some special prizes.

Max Barnard from Barrow Hedges school was named as the overall winner.

Max’s design will be displayed in Civic Offices, alongside the ‘highly commended’ picture by Emily White, also from Barrow Hedges school. 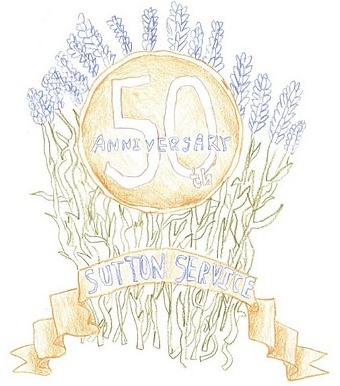 The winning design, featuring lavenders reflecting the lavender fields in Carshalton, has also been made into a small commemorative badge which was presented to the pupils at their leavers’ ceremony. 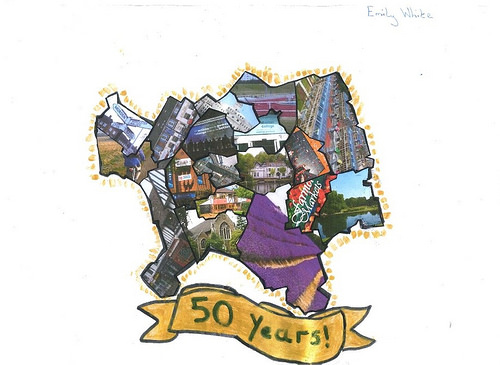 Cllr Ruth Dombey, Liberal Democrat Leader of Sutton Council, said:  “I am delighted that such different people in our community have come together to help us to celebrate 50 years of our wonderful borough.

“From the enthusiasm of our local school children to the many fond memories of our long-time residents, it just shows how much there is to love about our borough.”