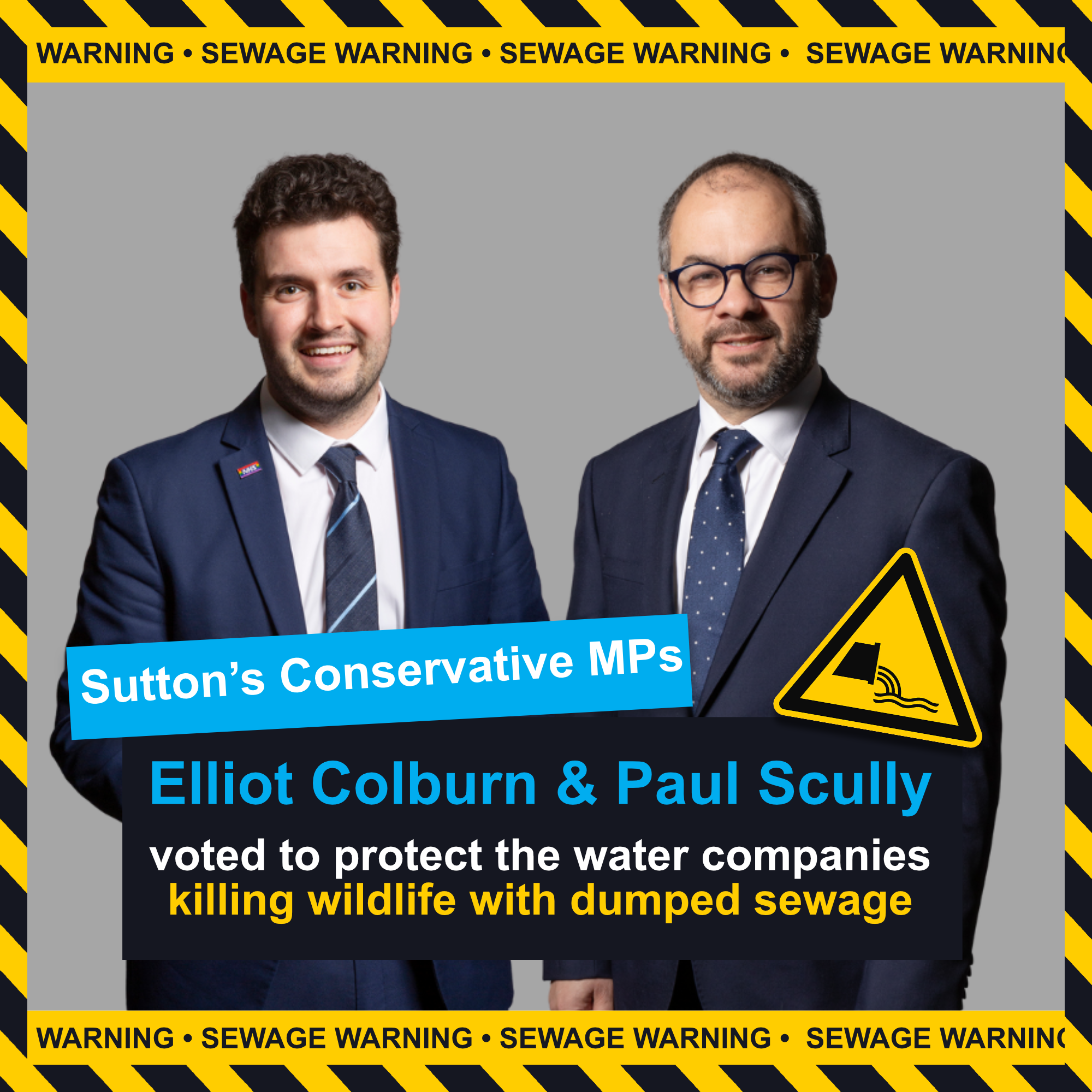 Conservative MPs voted last night to block proposals which would have forced water companies to report on the number of animals killed each year by sewage dumps - including Sutton's two Conservative MPs Elliot Colburn and Paul Scully.

This is the second time Sutton's Conservatives have voted to protect the Water Companies from having to clean up their act. Last winter, Conservatives voted against a ban on water companies dumping sewage in places like Beverley Brook and the River Wandle. Paul Scully voted against the ban outright, while Elliot Colburn didn't even bother to turn up for the vote.

The Liberal Democrats tabled an amendment to the new Animal Sentients Bill which would have led to:

283 Conservative MPs voted against the proposals, versus 179 opposition MPs including Liberal Democrats who voted for. The vote follows toxic substances known as “forever chemicals”, being detected in otters across England and Wales.

The Liberal Democrats have demanded an end to sewage dumping in rivers to prevent wildlife being killed and the environment being irreparably damaged.

The party is also proposing a Sewage Tax on water companies to fund clean up projects in rivers, lakes and chalk streams. Analysis by the Liberal Democrats found water companies made a staggering £2.8bn in operating profits last year despite 400,000 sewage discharges taking place in Britain's rivers.

“Conservative MPs should hang their heads in shame. Yet again they have let water companies off the hook whilst our precious rivers are being pumped full of raw sewage.

“Enough is enough, we need to name and shame water companies which are being found to destroy precious wildlife habitat.  It is scandalous that animals are swimming in filth and seeing their habitats become sewage traps.

“This is a national scandal. Time and time again Conservative MPs refuse to take tough action on water companies. When will they finally listen to the public and do the right thing before our rivers are damaged beyond repair?”