This is a blog from Wandle Valley Councillor Ben Andrew

The Conservation and Access Management Committee met again on December 10th, overseeing the restoration of the much-loved Beddington Farmlands between Hackbridge and Beddington. To recap: Viridor are in charge of restoring the existing land into a flagship nature reserve, which residents can enjoy and where important habitats can thrive. The restoration has had its fair share of bumps in the road, and this committee has been meeting regularly to ensure that Viridor are making good on their promises.

So how did the meeting go…

To be blunt, the community stepped up and delivered the good news, and Viridor frustrated with bluster and delay.

After a great deal of dispute on the issue, we had a breakthrough on agreeing planned resident access to the site.

This is thanks to fantastic contributions from the community, namely Lysanne Horrox and Norman Jones from the Hackbridge and Beddington Corner Neighbourhood Development Group. They put forward a costed plan for Viridor to consider which would lead to three made paths being developed across the Farmlands (in yellow on the map) including one that could provide much-coveted East/West access across the site. 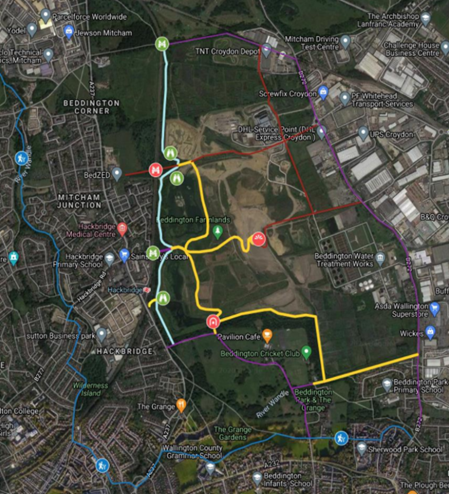 All three Councillors heartily supported the plans when we met with them to discuss it in advance of the CAMC, but I was wary that Viridor would raise objections. I’m delighted to have been wrong, and the plan was agreed in principle. A huge round of applause to Tom, Lysanne and others in the community who helped to deliver such a massive win for our area.

Bad News for Wet Grassland and fears for Lapwing 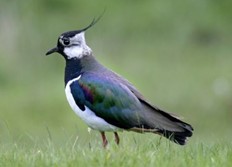 Lapwing are a key target species at Beddington Farmland

The Wet Grassland is one important habitat on the farmland, which is an attractive habitat for Lapwing - a key target species.

We heard at the CAMC that Viridor are behind schedule with creating this habitat, with progress on phases 2 and 3 not where we were told they would be by the end of this year. This is bad news for Lapwing, and other species for which Wet Grassland is their desired habitat. To compound this, we still face concerns about foxes disrupting lapwing habitats. A fox print was recently found on Central Island again, showing that they are continuing to gain access to the site. Viridor pledged to get predator proof fencing around Phase 1 and 2 of the wet grassland areas by the start of February, which I welcome, and I sincerely hope that this helps to prevent foxes from further disrupting target species.

On the upside, good work has been done on the “displacement habitat” (which is the lapwing equivalent of a temporary hostel while their permanent home is being redeveloped). I was assured in the meeting that work done by the new Warden Charlie will prevent foxes from accessing the displacement habitat.

As part of the restoration, Viridor agreed to provide an Acid Grassland on site, which is a very high-quality habitat in biodiversity terms. It has transpired over many meetings of the CAMC, that Viridor have promised something that they can’t properly deliver, due to the pH of the soil needed to create an acid grassland being too low.

Finally, at the last meeting of the CAMC, I was relieved that Viridor appeared to come clean about this, and accept that they would have to consider alternative habitats. As there is no feasible equivalent to the Acid Grassland which is an equally valuable substitute, this was likely to involve a less valuable habitat from a biodiversity perspective, with a significant compensation payment to cover costs of creating a greater biodiversity gain elsewhere. We were assured at the last meeting, that we would hear more about these potential options at the December CAMC. 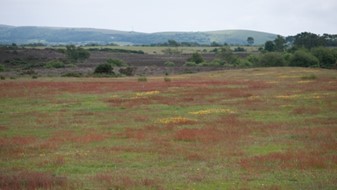 An Acid Grassland, like the one we were promised at Beddington Farmlands.

With this in mind I felt like I had been hit with a wet fish when, during the December CAMC, we were told that there had been no progress at all regarding these alternative options. Viridor suggested a few uncontroversial proposals for seeding the site to help it survive in the short term, but could give absolutely no details about plans for the site long term. It was more of a step backwards than sideways, as Viridor representatives had returned to the rhetoric of needing to further investigate whether an acid grassland was possible.

“Pardon?” I thought with dismay. Wasn’t this the issue that we had finally resolved last meeting, after months and months of stalling from Viridor? Why have they changed their tune again now? I raised this challenge in the meeting and a stream of weasel words followed. A Viridor representative finally admitted that the amount of compensation they were quoted as having to pay for delivering a less valuable habitat was a financial issue. I’m incredibly frustrated that we are back to square one again, and will continue to call on Viridor to be honest about what can and can’t be achieved so that we can get on and deliver it.

With that grumpy rant aside, I look forward to hopefully seeing more progress at the next CAMC in February.