Tory budget “out of touch” 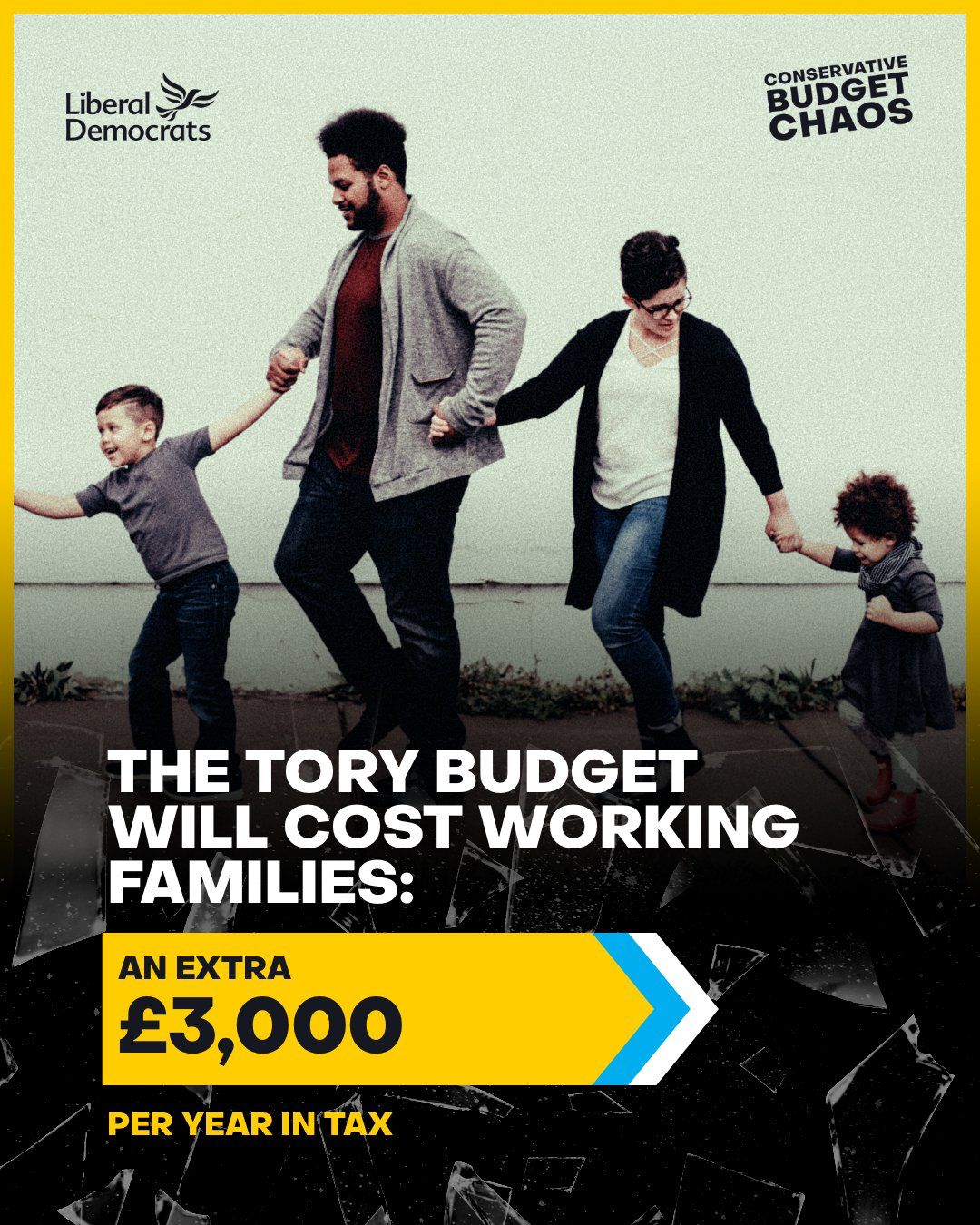 'An out of touch budget that looks after bankers more than me and you.' That’s Bobby Dean’s take on the Chancellor’s statement on Wednesday.

Recent cuts to benefits and rises in the cost of living have left millions out of pocket.

And two audits of Wednesday’s budget say millions more will be impacted by the government’s latest announcements.

According to the Institute for Fiscal Studies (IFS), around 1.3 million more working age adults are to be dragged into paying the higher rate of income tax.

And the Resolution Foundation think tank warned tax bills for the average household will be £3,000 higher by the end of the Parliament than when Boris Johnson became prime minister.

Well the good news is the Prime Minister can now sip champagne on a flight from London to #COP26Glasgow next week and it will be much, much cheaper.

Budget impact at a glance:

“Rishi Sunak’s budget was a pretty pathetic attempt to pull the wool over our eyes,” says Bobby, the Lib Dem parliamentary spokesperson for Carshalton and Wallington.

“But it’s impossible to fool people who see every day how their standard of living is getting worse – no matter how hard they work.

“Any wage increases are immediately wiped out with rising heating bills, mortgage payments, petrol prices, the cost of essentials like food and clothes.

“And the Tories couldn’t even bring themselves to help schoolkids who lost so much during the pandemic.

“The recovery fund less than a third of what their own adviser demanded.

“And it doesn’t even cover the cuts we’ve seen in education funding since the Tories came to power in 2010.”

Here’s what the Liberal Democrats say:

“We’ve seen a lot of spin but very little on the three big crises we face: the cost of living, the climate emergency and children’s lost learning.

“Rishi Sunak has sent a clear message to children and parents across the country: they are worth less to him than his investment banker chums in the City. We can see clearly what his priorities are, and they are not those of the British people.”

"This Chancellor is living on another planet if he thinks the British people are going to believe this spin… If he thinks we are going to buy this nonsense, especially given the average household faces a £3,000 tax rise thanks to this Conservative government.

“The only people celebrating a tax cut are the bankers.”