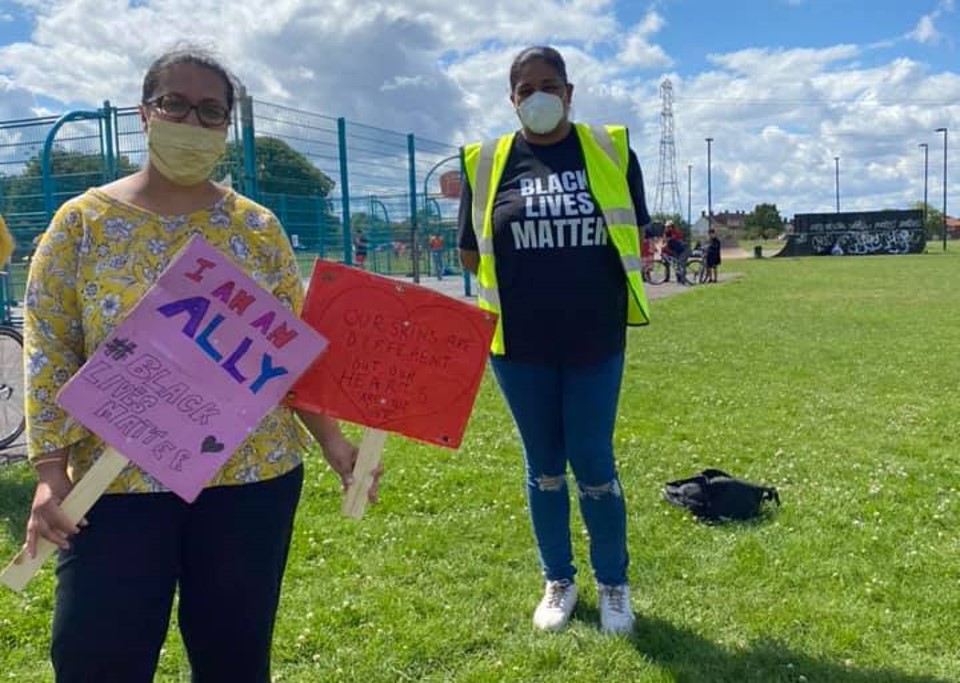 It’s now been a month since we were shaken out of our lockdown stupors by the words which still resonate around the world - “I can’t breathe”. For many people, George Floyd’s final moments hammered home what our black brothers and sisters have been telling us for years. That Black people are more likely to be stopped and searched, more likely to earn less, more likely to be homeless and five times more likely to die in pregnancy. The status quo does not value Black lives, and this needs to change.

I was honoured to be asked to attend a truly wonderful demonstration of love and compassion to highlight the BLM movement last weekend. The people of Sutton organised a brilliant, socially distanced event, with black voices passionately at the forefront. My nine year old daughter attended alongside me, talking to her always reminds me how much we have to learn from the youth when it comes to equality.

Mayor of Sutton Cllr Trish Fivey and Council leader Cllr Ruth Dombey made moving speeches about how more must be done to tackle racism in Sutton. Many other LibDem councillors were in attendance with up to two hundred residents. I do think that it was a shame that both Conservative MPs of Sutton, despite being invited decided against showing their solidarity by joining the event. This reflects an overall rather inadequate response by the Conservative party, with the adviser chosen to head up the UK race equality commission having previously casted doubts on the extent of structural racism in the UK. Members of the Conservative party would do well to attend events such as the one organised, and hear from black voices about how the extent to which racism is still so ingrained in our society.

My own experiences growing up have helped me realise the importance of being an ally right now. I have been called “Paki” and I have been told I don’t belong in the country of my birth. I know how dehumanising it feels. Yet looking at the statistics on stop and search, deaths in pregnancy and many other indicators, I truly believe that it achieving equality for Black Lives is the necessary starting point to ensure that all all races, creeds and cultures are treated equally.

And Black Lives won’t matter unless we have real changes to law to get Black Rights. This is why the Liberal Democrats believe we need action now. We need an effective Race Equality Strategy. The disproportionate effect that the pandemic is having on BAME communities had shone a spotlight on this issue. We need to back a new Bill to scrap suspicion-less stop and search because black people are almost 50 times more likely to be stopped than a white person. A week on from Windrush day, we need to stop being in denial about how this country treats Black Britons, and replace the Hostile environment with this robust Race Equality Strategy. Today I was pleased to be involved in a project organised by Community Action Sutton with other members of the community - all who want to see an end to racism in the borough. George Floyd’s death and the events following it, have generated incredible momentum to begin to tackle these issues. We must not squander this moment, at any cost.