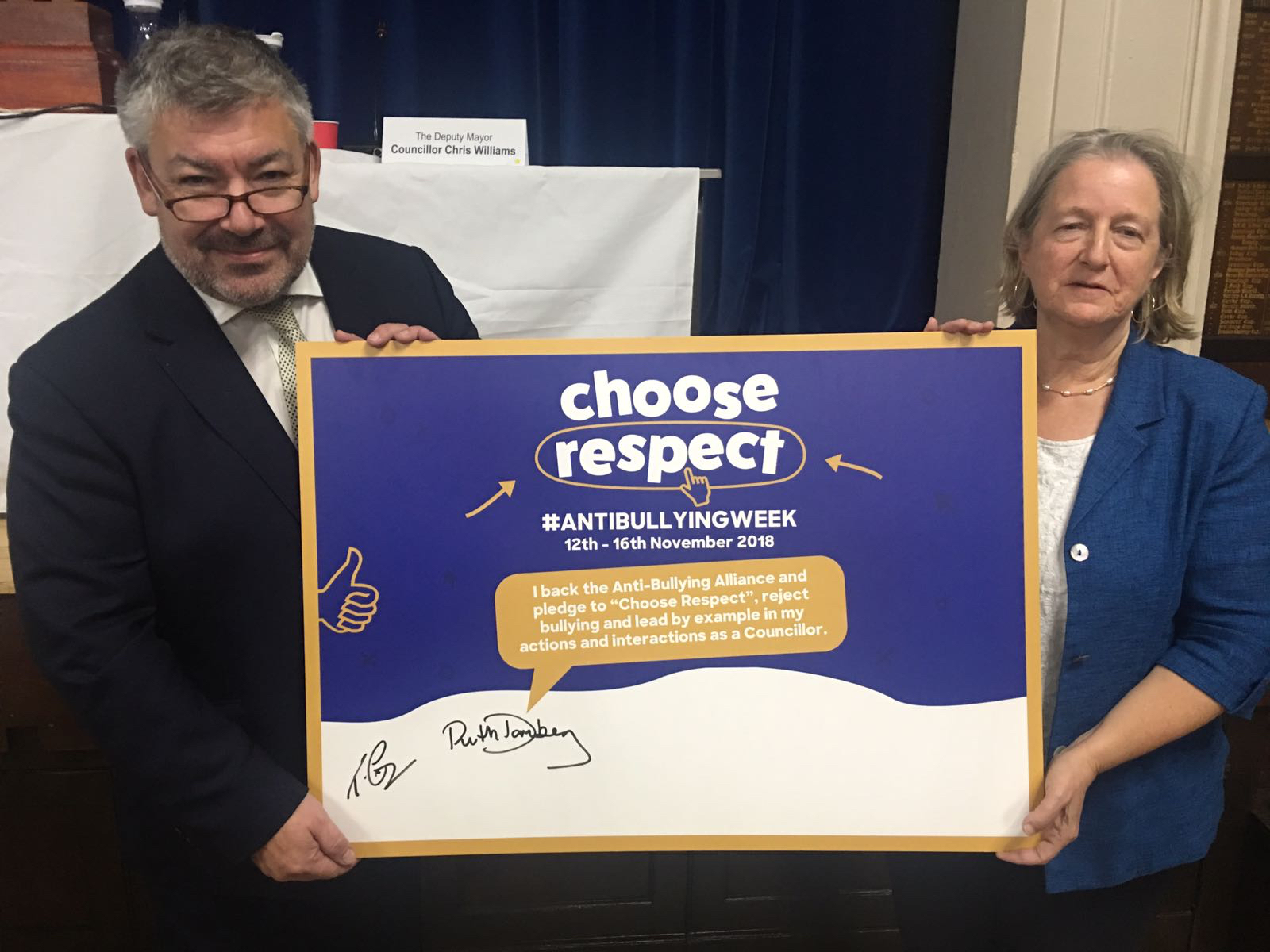 With the meeting falling during UK Anti-Bullying Week, a motion was brought forward by former teacher Cllr Chris Williams, who said that “there may be no legal definition of bullying, but we all know what bullying is if we find ourselves on the receiving end.”

Cllr Williams went on to say that councillors should “lead by example. We cannot condemn bullying by others if we in our interactions with each other engage in bullying ourselves or stand on the sidelines and do nothing when we witness bullying behaviour.”

Councillor Elliot Colburn followed up with a powerful speech on LGBT bullying and hateful rhetoric directed at a fellow councillor.

All councillors will be invited to add their names to the pledge to ‘Choose Respect’, the theme of this year’s Anti-Bullying Week, and have their commitment displayed on their online council profiles. Sutton Council will also join the UK’s Anti-Bullying Alliance, which 150 organisations across the country are already a part of.

The motion will now see councillors and council staff offered training to identify and call out any acts of bullying they witness or become aware of. It calls for a review to ensure there is clear signposting to help Sutton residents who also want to tackle bullying, and the borough’s schools will be encouraged to draw up anti-bullying pledges together with their pupils.

“With the council meeting falling during Anti-Bullying Week, as a former teacher, I felt it was the perfect opportunity to send a clear message that bullying is totally unacceptable in our borough.

“I am delighted that councillors voted to lead by example to end bullying. I look forward to all councillors now undertaking training to identify and call out bullying, as well as publicly displaying their anti-bullying pledges on the council website.

“Sadly bullying happens not just among children and young people, but also in the workplace. That’s why Sutton Council will now launch a review to ensure there is clear signposting for residents who become aware of bullying and would like advice about tackling it.”

“This week is UK Anti-Bullying Week and I want to say a real well done to Sutton councillors for voting to lead by example and pledging to end bullying in the borough. I hope all Sutton councillors will now take up the training offered to them and which will enable them to better identify and call out bullying.

“Bullying in any form across Sutton is unacceptable, and I know councillors will hold themselves to a high standard and will ‘Choose Respect’ in all their interactions, which is the theme of Anti-Bullying Week. I also look forward to welcoming Sutton Council as a member of the Anti-Bullying Alliance and supporting the council’s vital work in this area going forward.”