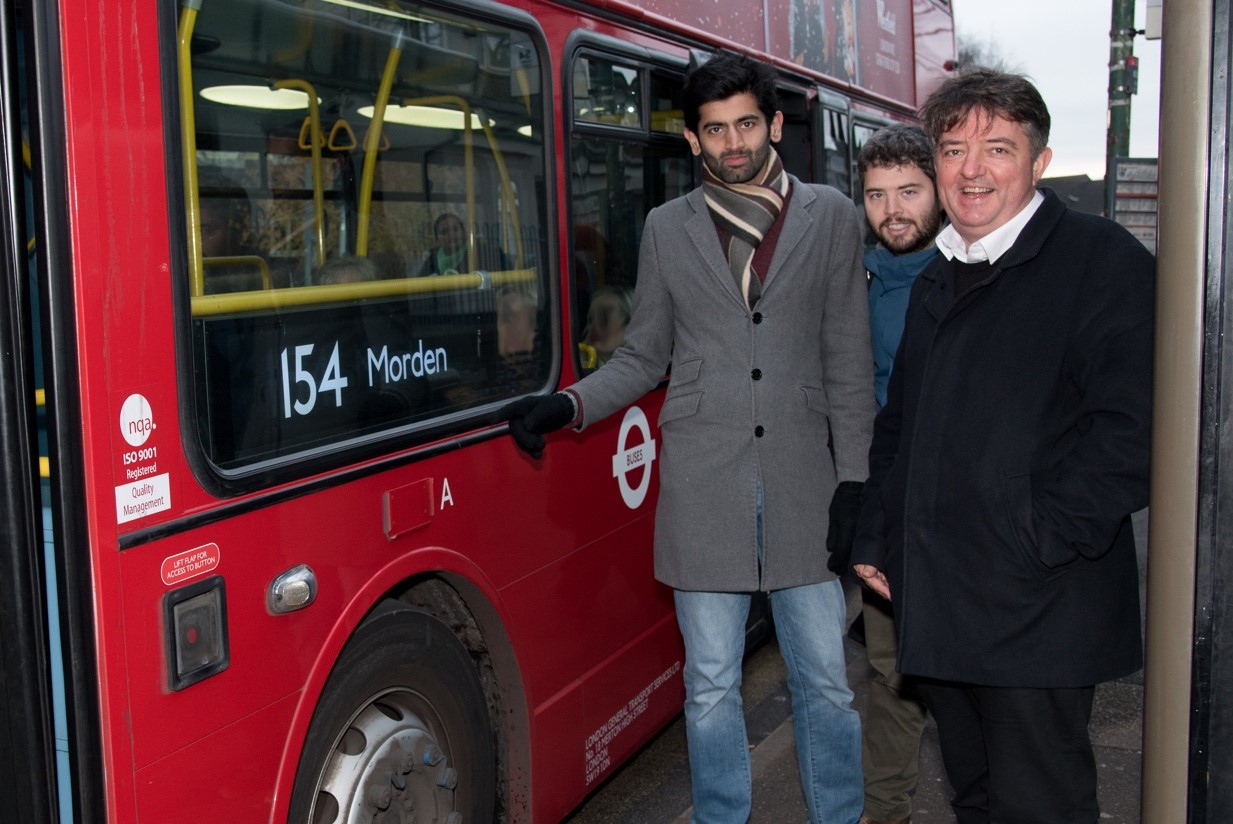 The 154 bus coming from Morden currently goes through Wallington, via the Roundshaw estate, and onwards to West Croydon bus station, where it also enables access to London Overground services. However, TfL has proposed terminating the bus earlier at Fairfield Halls instead.

The proposed cut is a result of Conservative ministers slashing £700 million from TfL’s budget, which has led to many bus routes in London being reviewed.

Lib Dem councillor Mo Saqib has called the 154 “an especially vital service” for residents who use the seven bus stops along Sandy Lane South, Foresters Drive and along Mollison Drive which goes through Roundshaw and near the Apeldoorn estate.

A Freedom of Information request submitted to TfL by Cllr Mo Saqib has revealed that in 2018, an average of 711 people every day boarded the service from those seven bus stops.

Many of those 711 are local residents using the 154 to do their shopping in Croydon or to access London Overground trains from West Croydon.

TfL’s consultation on its proposals closed last month. A petition for local residents has been launched and can be signed at: http://www.suttonlibdems.org.uk/154

“The 154 bus is an especially vital service for local residents who need to do their shopping in Croydon or access London Overground trains from West Croydon."

"The proposal to terminate the service early is due to Conservative ministers slashing £700 million from TfL’s budget. It’s a proposal that will cause particular inconvenience for the elderly, the disabled and those who work up in London, all of whom will have to change buses or walk further."

“As the local Lib Dem team, we have written to TfL proposing a compromise, that at least every alternate service should continue to go to West Croydon. We have also asked TfL to stop the 154 service closer to East Croydon station, so residents can more easily access the frequent London trains from there."

“We are now seeking to meet with TfL officers, and in the meantime would urge local residents to sign the petition so TfL can be persuaded to rethink its plans.”