In spite of savage government cuts to Sutton Council funding, the borough’s Liberal Democrat administration has been able to protect more than three-quarters of its popular children’s centres from closure.

Following extensive consultation with borough residents using the service, the council is to adopt a new borough-wide model for children’s centre delivery based on six Hubs, four Access Points and one Child Development Centre/Access Point.

Only three of Sutton’s 14 children’s centres will close at the end of this financial year instead of the four recently proposed. 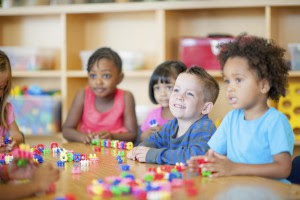 Sutton Council had originally discussed the possibility of closing all but one of the borough’s children’s centres, but following a consultation with residents early last year changed the proposal to restructure the borough service.  A second consultation last autumn has refined and improved the plans still further.

As part of the restructure, the council has been looking at innovative ways to generate funds and has secured £250,000 of additional children’s centre funding through the co-location of children’s health service staff at children’s centre sites.

The savings resulting from the innovative changes will be £727,000 a year, from an annual children’s centre’s budget currently standing at £1.3m a year.

The changes are being made because Sutton Council has to save £31m from its annual budget by 2019 because of unprecedented Government cuts to funding and increased pressure on services.

The councils’ second consultation, in October and November last year, was carried out through online and printed surveys, and workshops in each of the borough’s 14 children’s centres.  Survey responses were given by 437 people and 88 people attended the workshops.

Some of the main findings were:

She said:  “We have listened to what parents have told us throughout each consultation and as a result have increased the number of centres we will keep and will be introducing charges for some sessions in line with resident’s feedback. We are also changing the charge per session to £2.50 per family rather than per child, as requested by residents.

“Unprecedented Government cuts to our budget has meant we have had no choice but to reduce the size of the council and the services we offer. Our children’s centres are a valuable community resource and we have listened to parents to create a new model that retains as many of the services as possible.”

The consultation was carried out through Sutton’s Future, a campaign to involve residents in shaping the future of the borough through the Government cuts.

The three children’s centres that will close at the end of this financial year are:  Green Oak in Cheam, High View, and The Grange.

Hubs will offer the full core offer of children’s centre services all-year-round, including up to nine sessions per week, including health services and information and advice

Access Points will deliver one-off or planned sessions and will open up to twice a week.